The end of the 2018 MLB season marks the beginning of an active offseason for most fantasy leagues, and the beginning of rankings season. Already, owners likely are re-assessing their rosters, exploring potential trades, or preparing for prospect drafts. To help prepare fantasy owners for the hot stove, The Dynasty Guru will begin its rankings push early this year! Over the next three months, we will explore the top fantasy prospects by position. The extensive rankings push will culminate with our most extensive prospect rankings yet, the top 500 fantasy prospects!

Publicly-available scouting reports and past production make up a player’s “grades” for each of his skills. Those grades help anticipate a player’s ceiling, which, in turn, helps assess value. For fantasy purposes, only a few grades matter.

Risk. Risk considers a multitude of factors, including, but not limited to, fielding, level, opportunity, industry reputation, age, and injury history. In fantasy, fielding is only relevant to the extent it facilitates or hinders opportunity and eligibility.

Command & Control. Even if a pitcher possesses an elite arsenal, it is meaningless if a pitcher cannot command and control those pitches. Command relates to the quality of a strike or the ability to locate pitches within the strike zone. Control is the ability to throw a strike and is easier to measure using walk rate. In a 16-team dynasty league, the average walks per 9 innings is 3.09, which translates to approximately an 8% walk rate.

Depth Bonus. The depth bonus only applies to pitchers with four average or better pitches. Depth of repertoire allows a pitcher to work through a lineup multiple times by sequencing hitters differently each time.

Risk. Risk considers a multitude of factors, including, but not limited to, level, opportunity, industry reputation, age, and injury history. 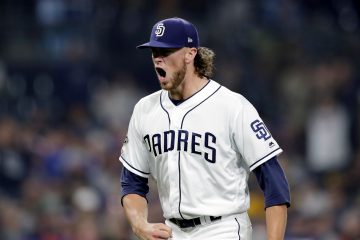