Listen to Keaton (@TheSpokenKeats), and Patrick (@TheGreenMagnus) on the Dynasty’s Child podcast and read their other analysis and Bob’s (@BobOsgood15) here at the site!

LeBron James and Chris Bassitt: The Pride of Akron

Chris Bassitt, a product of the illustrious University of Akron, was drafted in the 16th round in 2011 by the Chicago White Sox. After a late 2014 debut with Chicago, he was sent to Oakland prior to the 2015 season as part of a deal that returned Jeff Samardzija. Bassitt spent the final three months of 2015 in the A’s rotation, where he had a bogus 1-8 record despite only giving up more than three runs in two of his 13 starts and finishing with a 3.56 ERA. At 26 years old, there was some promise to Bassitt’s young career.

However, it’s amazing how quickly the words “Tommy John” can shape the career of a pitcher. After five poor starts to open 2016, T.J. was on the horizon taking out the 2016 and 2017 seasons. Bassitt only started seven games in 2018, and with a blink of the eye here we are in his age-30 season. 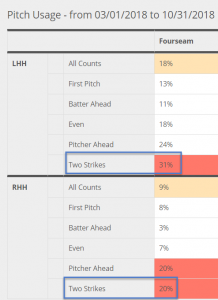 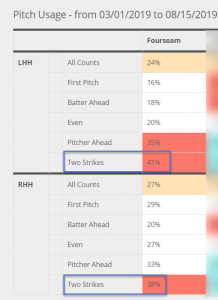 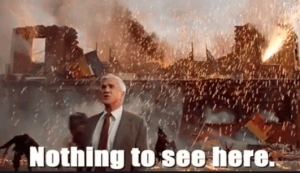 Back in June, through ten starts, Bassitt was included on my list of negative regression candidates whose FIP, xFIP, and SIERA all implied that he would soon come down to earth. In his ten subsequent starts since that date (now 3.56), the ERA has dropped, and the FIP (4.47), xFIP (4.71), and SIERA (4.64) have all risen. His Left On Base rate is an unsustainable 79.6% this year, despite never being above 74% in the past, and his BABIP is .254 while the 2019 league average is .297. Has it been a full season of luck, or is Bassitt a pitcher who outperforms his peripherals as a rule? I would lean towards the former, although it may be too early to tell since this is Bassitt’s first breakout season and he has only thrown 305 big league innings. While his fastball and improvement in strikeouts is a great step forward, the secondary pitch values (slider, curve, change) are all less than sufficiently stellar to take a leap into the must-own pitcher category. Bassitt rarely has blow-up outings, which makes him a serviceable 5th or 6th starter to round out a rotation, but I believe his value may be a little high going into drafts next year, and I would sell now to a contender in Dynasty if you feel you can get a significant haul for the future.

Chap Is The Man

Near the end of last season, I wrote a piece about how to value Chapman in 2019 and beyond. The gist of it was that I believed what he had done last year was sustainable and felt we were way to low in our ranking of him coming into the year. Just as I had hoped, he’s carried the adjustments he made over to this season and continued to crush the ball. In our preseason third base rankings, we had Chapman slotted in at #9. While the top 10 is good, I’m going to try and make the argument for Chapman to be in the top 5.

The main difference from Chapman’s profile from 2017 to 2018 was his focus on letting his natural power carry the ball. We all know hitting the ball in the air makes good things happen, but he was essentially hitting the ball too high. His swing already had a natural loft to it and adding emphasis to it just sent the ball straight up for an out rather than up and over the fence. Then in 2018 he deemphasized putting it the ball in the air and let his natural loft take over, reducing his launch angle by 5 degrees, and his fly ball rate 10%, and the ball started shooting all over the park and over the fence. He’s carried that over to this season, keeping roughly the same flyball rate and launch angle as last season. The results? Just as good.  Chapman has already reached a career-high in home runs eclipsing his total from last season, no doubt helped by the current state of the ball, but that’s nothing to hold against him. He’s continued other small improvements on his line as well, increasing his walk rate by 1.5% and lowering his strikeout rate 3%.

Well, his age certainly helps. At 26 years old, he’s on the young side of things at the position which gives him a boost. Right off the bat though, thinking of the top five we have (in no particular order, I’ll leave that until the offseason): Devers, Vlad Jr, and Arenado as locks. Two debatable players are Rendon and Bryant. Let’s look at Rendon first. For some time this season Rendon was in the mix of MVP talk until Bellinger and Yelich just stole the show, but really the biggest detractor for Rendon is his age. Next season will be his age-29 season while it will be Chapman’s age-26. Rendon has continued to just get better season over the season for the past 5 seasons, so just assuming this is his plateau without any evidence of it would be a stretch. Therefore, he’s probably at home in the top five. So that just leaves one more spot in the top 5, and a battle with Kris Bryant. I was fully prepared to rank Chapman over Bryant until I crowdsourced that take with a couple of other TDG writers and was subsequently advised to remove my head from ass. So, maybe I was blinded by my Chapman love just a bit more than I thought and the Chapman as a top-five third baseman was a bit harder to make than I had originally thought, but clearly it has more to do with the talent at the top and less to do with Chapman’s ability and the main point still stands. Matt Chapman: Really damn good at hitting baseballs.

PS: I know that some of you are thinking “WHAT ABOUT JOSE RAMIREZ????!?!?!?!?!?!!?!??” His ranking is going to be so complicated that I couldn’t fit that analysis into 500 words and it will be addressed in full in the offseason and also this article is about Matt Champman so go away.

Drafted in the third round by the A’s in 2016, Sean Murphy is an excellent defensive catcher with a bat that has surprised many. While not a draft pick that caught much attention, Murphy has developed into the backstop of the future for the Athletics. At this point, Murphy is knocking on the door of the majors for a competing team who have a hole at catcher. Unfortunately, this backstop just re-aggravated a pre-existing meniscus tear, and thus the A’s just claimed Dustin Garneau off waivers. I don’t think that’s the answer for the Wild Card contender.

The good news is that Oakland is playing down the seriousness of the injury, and by all accounts, Murphy should still get the call this year. However, looking at him through the lens of a dynasty owner…  Murphy is a dreaded catching prospect! Catchers are second only to the dreaded pitching prospect in terms of development. Often these players flop, or take a large amount of time to develop. Players such as the Dodgers’ Will Smith have typically been the exception, not the rule. Let’s get under the hood here with Murphy and see what we might expect for dynasty owners.

Last year was a big year for the defensive-first catcher. A broken hamate cost him the opportunity to play in the Futures Game, but he still managed to reach Triple-A after a solid offensive campaign in Double-A. Dude made a ton of contact, striking out only 16.3% of the time. All that contact is welcomed, as he’s not the most patient of hitters-walking at only an 8% clip last year. Throughout the minors the walk-rate has fluctuated, but I’d project him to have as slightly below league average rate in the majors.

The other good news about all that contact is that it’s coming with some thump. In 2018 Murphy managed to slug .498, 0.98 points higher than league average. The majority of his extra-base hits were not homers, as he only managed to smack 8 bombs over the fence in 289 plate appearances, but the quality of contact is extremely encouraging from a prospect who was already much beloved due to his defensive prowess.

We don’t have a ton of data to analyze for 2019, because Murphy hasn’t been on the field a whole hell of a lot. This, I might add, has been a concerning trend in Murphy’s development. In fact, one of the reasons that Oakland was able to snag Murphy in the third round was due to the fact that Murphy’s playing time in college that year was limited due to a broken hamate bone (not the same one he broke in 2018). Now, these injuries don’t appear to be reoccurring or connected, but the inability to stay on the field is rather concerning.

The good news, however, is that when Murphy has been on the field this year he’s been a downright monster. The juiced ball has amped up his power as he’s one homer short of his 2018 total in only 133 at-bats. On top of the homers, he’s managed an absolutely absurd .326 ISO. Along with all that power, the patience at the plate has been much better as well (11.3% BB).  The strikeout rate is up, but it’s still a respectable 20.8%.

Boy oh boy, we’ve got a real mixed bag here with Murphy. The skillset has developed to be rather sexy for a catcher, but he’s really struggled to stay on the field. This year’s insane performance at Triple-A is wonky because of the ball in the PCL, and small sample size.  Also, despite the power improvements, Murphy’s home ballpark the Oakland Coliseum is not the most friendly of confines for right-handed power. On the other hand, Murphy has shown enough to affirm the offensive uptick in 2018, and he’s a hop-skip-throw away from the majors.

The skills are here for an intriguing player, but he comes with a fair amount of risk. There are also a ton of promising young catching prospects who are on their way. Thus from an asset standpoint, I think I’d look at selling Murphy if possible. There’s enough helium in his stats and proximity that he should land you something promising. Yet, I can’t fault those who hold on to him and see what they’ve got either. Depends on your style of play and how much risk you’re willing to take on. I’ll be rooting for the young backstop, but selling him where I can.