Juiced ball or not, there was an increase in power across the MLB in 2016. Will pitchers adjust? Will more batters swing for the fences? To help wrangle in some thoughts on the power surge, Statcast gives us the barrels statistic. A quick look at the leaderboard shows Miguel Cabrera had the most barrels in 2016 with 72. That’s great and all, but I think most people know by now that Miggy can hit. What I want to investigate are the splits. Who turned it up after the all-star break in 2016? This is an attempt to investigate players that started to figure some things out and might continue doing the same next year.

Here is the list showing barrels before and after the All-Star break along with the difference:

At this point in his career, we know for the most part what we will get with Pedroia. In 2016 he knocked in just 15 bombs while seemingly everyone else was hitting more than 20. Still, it was Pedroia’s most home runs since 2012. Pedroia also scored the most runs he has since 2009, the year after he won MVP. Having nearly 700 plate appearances helped his stats, but has Pedroia figured out something new as he heads into 2017 at the age of 33?

Tex announced his retirement this past year, so I’m not going to worry about his 2017. Nice job finishing strong(ish) after an abysmal start.

Adrian Beltre is another known commodity in the league. He knocked in 32 home runs in 2016, his most since 36 in 2012. We already know Beltre is good, but it is interesting that 20 of those 32 home runs came after the all-star break. He also went from having a .778 OPS in the first half to a clean 1.000 OPS in the second half.

Maybin has never been a huge source of home runs and he had a better OPS in the first half. Perhaps Maybin simply started swinging for the fences a bit more near the end of the year. Probably not too much to look into here.

Schebler had three times as many at-bats in the second half of 2016, so there’s no huge surprise here. He is a 26-year-old with a .818 OPS in the second half versus a .590 in the first half though. That’s not too bad. Perhaps there is more to come, but I’m not sure there’s a huge breakout coming from Schebler very soon.

Now here’s someone interesting! The 26-year-old hit 20 bombs in his first year in Arizona. Segura has been a fair source of steals for a few years, but he added power this year too! Fourteen of those home runs came in the second half to the tune of a .954 OPS. Segura had a breakout year from a power perspective, but it’s not so secret. Maybe all it took was a bajillion-degree summer in Phoenix to heat his bat up.

We know who Votto is. He’s good – and his 2016 stats ended up looking a lot like his 2015 stats after he did some catch-up in the second half. Of course, Votto did that same thing cranking it up the second half of 2015 as well. Is it a trend? We’ll find out, but I wouldn’t say he found some new magical power source – he’s always had it. If he has a rough start to next season, though, don’t panic too much…there’s a good chance he’ll make up for it in the latter part of the year.

Broxton is an interesting case. He seems a lot like Segura in that he had some power while also swiping bags. While his number of at-bats can be part of the factor to his increase in barrels, there’s more to see here. He had a dismal .441 OPS in 29 games before the all-star break, but a .937 OPS in the second half. What in the world, Broxton? He had 8 home runs and 16 steals in 46 games during the second half of 2016. Not too bad. Unfortunately, Broxton was arrested the morning after World Series game 7 on a trespassing charge. I guess it’s hard to cope with a division rival being that good.

The 26-year-old Dickerson is simply a beneficiary of at-bats with this one. He had 8 home runs with a .774 OPS in the second half. Okey-dokey.

The 31-year-old Brazilian must have been inspired by the Olympics or something and just started swinging for it. His OPS actually went down a tad in the second half and he only hit five home runs on the year. I’ll give him a big thumbs up and a “way-to-go,” but I’m not sure he’s fantasy relevant in too many places.

Hanley, Hanley, oh-so-manly. What do manly men do? Smash things. Like home runs. Duh… Ramirez had a resurgence of sorts hitting the most home runs he’s had in a season since 2008. Despite less at-bats, 22 of those 30 home runs in 2016 came in the second half. Now we’re talking! Ramirez took a small hit to his OBP in the second half, but his slugging percentage went from .435 to .593! Ramirez was on fire in the second half, and with health there’s no reason not to expect another strong performance in his age-33 campaign.

Guess who had a better OPS in Miami this year, Yelich or Stanton? Surprisingly enough, it was Yelich. The 24-year-old posted a .859 OPS this year and hit 21 home runs. Yelich actually had a higher OPS in the first half, but 14 of his home runs came in the second half. This was probably a result of more doubles and less groundballs, and seems sustainable enough going into next season. Yelich is a young, emerging stud, so expect more good things from him.

Gattis went over 30 bombs for the first time in his career this year. His OPS in the first half was just .706 while it was .951 in the second half. Be wary of some regression from Gattis’ huge second half, but an unlucky first half means that the final line isn’t anything shocking to see out of Gattis. Even if he can’t repeat last season’s 30 home runs, the 30-year-old brings great value with his catcher eligibility.

Anderson had most of his at-bats in the second half of this year, partially explaining the increase in barrels. Then again, with a slugging and OPS that was better before the All Star Break, this is a confusing case. More hard contact, but worse batted ball luck, sheds some light on the situation. Either way, he’s a 23-year-old glimmer of hope for the White Sox – just don’t get to comfortable with home run predictions for Anderson.

The 25-year-old catcher for the Mariners only had seven at-bats in the first half, and that’s probably what got him on this list, but he’s still interesting. He has shown power before, hitting 22 home runs in 2014 as a 23-year-old. Zunino also had a .787 OPS in 2016 when his previous career best was .658. Perhaps he is someone to keep an eye on – especially at the catcher position – and perfectly fits the definition of a post hype sleeper.

You probably heard Dozier’s name a fair bit this past year. He had never hit more than 30 home runs in a year before yet he hit 42 in 2016. An astonishing 28 of those came in the second half while he had a .990 OPS. It was definitely a career year for the 29-year-old second baseman. It’s hard to think he’ll be able to keep up that crazy pace he set in the second half, but maybe 30 or so home runs is a fair bet. Not too bad for a second baseman.

Gyorko, now 28 years-old, has shown some power before, but not too many people saw him going for 30 home runs this year. He had an OPS of .801 which was the best since his rookie year in 2013 with the Padres where he had a .745 OPS. Gyorko started many more games in the second half, but that’s also when an astonishing 23 of the 30 home runs came. With a .855 OPS in the second half and the ability to play almost anywhere in a fluid Cardinals infield, he should have quite a chance at success in 2017.

The 28-year-old rookie had quite the year. Most of his at-bats came in the second half, but he also had a .896 OPS in the second half versus just .772 in the first half. Schimpf had 20 home runs on the year with 16 of them coming in the second half. It took him awhile to get to the big leagues, but it seems like he’s here to stay. 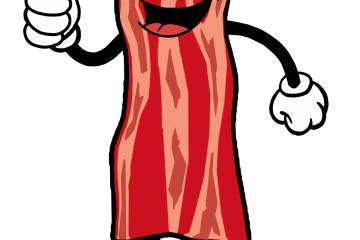 Betting on Bounce Backs Using BABIP (and Other Stuff)