The Cleveland Indians have not been known for producing a lot of good fantasy pitchers down through the years. But things are changing on the shores of Lake Erie. Pitching coach Mickey Callaway has turned things around in amazing fashion since taking over in 2013, culminating with the 2014 Cy Young Award won by 28 year old former nobody Corey Kluber. Obviously it is way too late for you to get a bargain on Kluber, but you can still buy low on several other high-upside starting pitchers on the Indians’ staff.

Corey Kluber was not the only Cleveland pitcher to emerge from mediocrity into the limelight this season. Former top prospect Carlos Carrasco finally broke through as an elite hurler with an amazing 2.55 ERA and 0.99 WHIP, both of which were just as good or better than Kluber’s. Danny Salazar was touted as a great fantasy draft pick in last Spring’s drafts after his semi-breakout 2013 campaign, but he got shot down in flames in the early part of the season and was swiftly sent to the minors before re-emerging midseason and pitching very well during the 2nd half. Trevor Bauer was another elite prospect who got run out of the Diamondbacks organization, supposedly because he wouldn’t listen to his coaches. He started 26 games with mixed results but still shows a lot of potential. Unheralded rookie T.J. House made 18 surprisingly effective starts. 30 year old Josh Tomlin has been a replacement-level starting pitcher throughout his career, but even he showed strong signs of promise in 18 starts. Those are the 6 guys we will discuss below to see which of them you should target for your roster.

I am going to throw a bunch of stats at you, rather than dribble them out slowly I will just put them all here in one big chart and explain what they mean afterwards. Here are the 2014 stats of the projected Cleveland starting rotation:

The pitchers are listed in the order of the Indians’ projected 2015 starting rotation (assuming they don’t make any trades or free agent signings this winter). In this case Tomlin would presumably be the odd man out and head to the bullpen. But if you look at the numbers it would make sense to put Tomlin in the rotation and leave Bauer out.

Carlos Carrasco‘s ERA and WHIP are fully backed up by his excellent peripheral stats. His xFIP and SIERA prove that his 2.55 ERA was no fluke. His 21% K%-BB% is one of the best in the league, almost double the 12% league average. If you go right across the chart and compare his stats to Kluber’s how many real differences do you see? Not many. You see a big difference in innings pitched and that is pretty much it. Carrasco has yet to prove that he can pitch this well over a large number of innings. If he can then he will be a Cy Young candidate next year. That is how well he pitched in 2014. He was fortunate in his home run rate, as was Kluber. And his BABIP was significantly luckier than the rest of his teammates (more on that below).  Many people are aware of how good Carrasco pitched down the stretch but most people are still not sold on this guy. You might still be able to buy low on him in some leagues depending on how savvy his owner in your league is. If you can buy him at a discount this will be your last opportunity. Do it. Carrasco is the real deal as I wrote here: Is Carlos Carrasco an Ace Now or Does He Still Suck?

Trevor Bauer didn’t have the worst ERA on this list, but he does have the worst peripherals by far. If there is any Indians pitcher to avoid this year it is Trevor Bauer. Many people still have faith that Bauer may yet live up to his hype, and if anyone can make it happen it is Mickey Callaway, but if it does happen it is unlikely to be this year. Bauer has good strikeout stuff, but the walk rate is way too high. It is very rare for a pitcher to succeed for any length of time with a K/BB ratio less than 3. Bauer’s WHIP is likely always going to be high. A 1.38 WHIP is a killer for your fantasy team. If you have Bauer I would shop him this winter to unload him for a better prospect.

T.J. House was a 16th round draft pick back in 2008 and never did much of anything in the minor leagues to show that he would ever be more than a fringe major leaguer. But then he hit the majors and promptly put up a 3.35 ERA in over 100 innings, and it wasn’t a fluke either. If anything he was unlucky. His xFIP and SIERA indicate his ERA should have been even lower than it was. Like all of the Indians’ pitchers he suffered some bad BABIP luck. House doesn’t wow you with his stuff. His strikeout rate is merely average, but he doesn’t walk batters and he keeps the ball on the ground. His ground ball rate was the 2nd highest in the majors behind only Dallas Keuchel. Speaking of whom, if you are looking for the next version of Keuchel or Collin McHugh or Matt Shoemaker then T.J. House is a great breakout candidate. He is not a guy who will ever be an early round fantasy draft pick, but he could be a very effective pitcher you can acquire for next to nothing — that’s fantasy gold.

Danny Salazar was pimped by many, including me, as a breakout sleeper last offseason. He put up great stats in 10 late-season starts in 2013 and has an absolutely blistering fastball, so I was expecting big things from him in 2014. Well…. that didn’t go so well, at least at first. He was simply awful in April and May. It turns out he was pitching with a minor injury and it threw his mechanics out of whack. After a stint in the minors he returned to Cleveland and began pitching very close to the way he did in 2013. Once again I am touting him as a breakout candidate for next season. If this guy stays healthy (a big if given his small size and big velocity) then he will be a very good pitcher. I am buying him everywhere the price is right. I wrote about Salazar in much greater detail here: Danny Salazar is Still Sleeping.

Josh Tomlin has been around a long time and has never been very good. But like Kluber, Carrasco and House he has been improving quickly. Tomlin’s 4.76 ERA in 2014 looks pathetic in today’s low scoring game of baseball, but if you look deeper you see some very nice things. His 3.16 xFIP and 3.28 SIERA show that Tomlin pitched much better than we thought. His 8.13 K/9 is well above average and his 1.21 BB/9 is fantastic, in fact it was 3rd best in baseball for pitchers with 100+ innings. He had unlucky scores in BABIP and HR/9 and a horrendously unlucky strand rate, all of which are likely to regress in a good way next year. Right now it looks like Tomlin will be in the bullpen next year, but you know how things happen with pitchers. Somebody is likely to get hurt in Spring Training or early in the season, creating an opportunity for Tomlin to start. If he gets that chance make sure you are there to snap him up for your roster. You can thank me later.

Looking at the chart above you can see that Indians’ pitchers have a problem with BABIP across the board. Way too many batted balls fall in the outfield or squeak through the infield as base hits. The league average BABIP last year was .295 and shows these guys (except for Carrasco) were all unlucky in this regard. The problem is the Indians’ defense sucks. Their Defensive Efficiency Ratio was 25th in the league. Perhaps the team will make some changes to improve their defense next year. If they do then you should see even better stats from the pitching staff.

The moral of this story is that the former pitching wasteland of Cleveland is now fertile ground for savvy fantasy owners to cultivate a sneaky-good pitching staff on the sly. The Indian’s new, young pitching coach might be the next Leo Mazzone or Dave Duncan, two former experts who could take other teams’ rejects and craft them in to stud pitchers. Make sure you are the one guy in your league who recognizes this before everyone else. If you can acquire one or more of the above pitchers for a bargain price you should do it, and reap the rewards for years to come.

Let me know what you think in the comments below. If you make any trades be sure to share them here so we can discuss them! 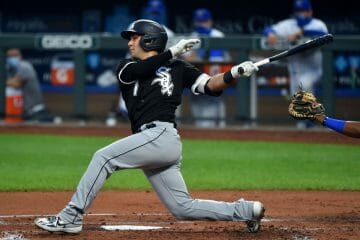