Giving advice can be a dangerous business. Not only do people have to trust you, but you have to earn that trust on merit. But receiving advice can be just as risky, even if it’s from someone you trust. Everyone approaches life (and fantasy baseball) with their own biases. Which brings us to today’s subject; Anthony Gose. I love Anthony Gose, but more than that I love the idea of Anthony Gose. I traded Nathan Eovaldi and Brett Jackson for him in my own dynasty league last offseason, so this isn’t just talking the talk here. I try to be as objective as possible when writing about players, but certainly writers’ likes and dislikes bleed through the objectivity and will color their perspective. That’s why I want you to know up front that when I talk about Gose, I do have some built in biases towards a positive ending.

All the love and adoration I can muster cannot hide the fact that Gose was Not Good (capital n, capital g) in 2012. He struck out at an absurd 31.2% in his 56 game trial, while producing a 70 OPS+. Not Good at all. If there is anything encouraging about Gose’s big league stint it’s that his minor league walk rate translated well, resulting in a 9% mark at the big league level. On top of that, he added a fantasy friendly 15 stolen bases in 18 attempts. If you prorate that out to the number of at-bats necessary to qualify for a batting title (502), that’s 45 stolen bases over the course of a full season. The issue with Gose of course, is that he will not get that many at-bats. At least not as the Blue Jays are currently constructed. They have their outfield full with Bautista, Rasmus and Melky Cabrera, with supersub Emilio Bonifacio to fill in as needed.

Then again, if we knew Gose was going to get 500 at-bats he wouldn’t qualify for the Opportunity Seeker category would he? Despite the bleak outlook, we’ve seen that Gose can produce value via his legs in very small windows of playing time. We also know that Jose Bautista and Colby Rasmus aren’t exactly paragons of health, that Jays might realize they’re better off with Bautista at DH or 1B and Adam Lind as somebody else’s problem, and that Gose could be better than Rasmus as of this very moment. It may be hard to reconcile, but the bottom line is that Rasmus’ last 1151 plate appearances have resulted in a .224/.293/.396 slash line and an 86 OPS+. That’s better than Gose was in 2012, certainly, but not massively, and Rasmus adds less on the basepaths. Defensively I believe Gose would be superior, but there’s not enough certainty for me to stand on that with conviction. Gose may not have a ton of skills right now, but he has tools. Loud tools. His legs, arm and centerfield defense are all 70s on the 20-80 scouting scale. Two of those tools do us no favors in fantasyland, but they do Gose plenty of favors when it comes to potential playing time. He is never going to hit for average despite the .286 BA in Triple-A in 2012. His aggressive approach lends itself to strikeouts and though he’s become more balanced by upping his BB% recently, it’s not going to help his average. He has shown pop in the past, swatting 16 home runs in Double-A so we know he has that in him. It’s also useful to know that he’s been young for his level at every stop, reaching the majors (and admittedly struggling) at age 21.

It is my thought and hope that Gose will continue to adjust, just as he has throughout his minor league career. He’s raised his walk rates, he’s shown us home run power, he’s shown us the ability to hit for average and throughout all of that, he’s shown us his wheels. I’m not proposing that Gose can become the next big fantasy prospect. I’m not even proposing that Gose could become BJ Upton. But a BJ Upton type player with more speed and fewer home runs? I think we’d all make room for that type of player on our roster. Gose could find 2013 a struggle in terms of finding playing time and adjusting to the quality pitching that he’ll see, but his ability to adjust in the past gives me hope that he can do so in the present and future. I’d be buying Gose now with the thought that the enigmatic Colby Rasmus might not pan out, opening up playing time for Gose in the short and long term. 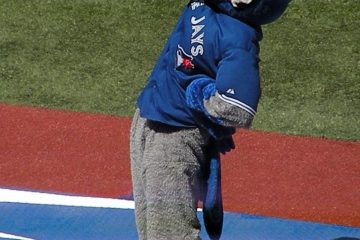 Trader's Corner: It All Starts With Listening