Only Robbie Ray remains from a 2017 Arizona Diamondbacks rotation that had potential to be the best in the Major Leagues. Both Zack Greinke and Patrick Corbin are now dominating for other franchises, but Zack Godley has been unable to find the magic he harnessed during that year. Why is

While some players are fighting for divisions and pennants, many valuable fantasy baseball assets are playing on teams where even the beer can’t chase their blues away. With the trade deadline less than two months away, many of these assets will be wearing new colors come August, but will a 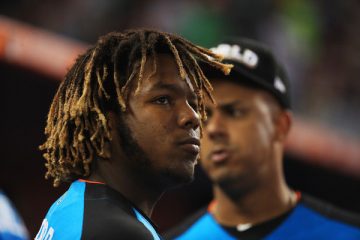 Is there any way Vladimir Guerrero Jr. fails?

A picture circulating on social media on Wednesday evening has gained traction before. On the right stands a baseball Hall of Famer in a Montreal Expos jersey. That’s Vladimir Guerrero, one of the greatest right fielders to ever play the game. On the left, one of the most adorable small 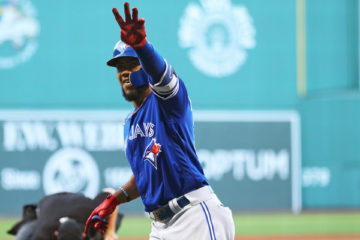 AN INTRODUCTION Welcome to The Dynasty Guru’s Triple Play! This is a series where three of the Dynasty Guru’s nerdier baseball writers – Adam Lawler, Patrick Magnus, and Keaton O. DeRocher- bring to you a succinct analysis of a pitcher, a hitter and a prospect from each organization. We’ll be

Continuing the Arizona Fall League series at TDG, today I look at the Salt River Rafters, my personal favorite team name of the bunch — it just rolls off the tongue. The Rafters are made up of players from the minor league affiliates of the Blue Jays, Cardinals, Diamondbacks, Rays

As I write this, Toronto Blue Jays outfielder Colby Rasmus is probably hitting another home run that’s not counting toward my fantasy stats in a pretty important semifinals matchup. (Checking…Yep!) I was late to activate Rasmus—who had been sidelined since early August with a left oblique strain—over the weekend, and