We’re past the 2019 NBA draft lottery and now all eyes are on the incoming class of rookies. I’m sure there will be impact players up and down the first round and blah blah blah.

I’m a Knicks fan so here are my thoughts on the draft lottery:

As a dynasty basketball player I had one key thought – whoever the Hawks draft better not impact the development of Kevin Huerter. He has the potential to be an incredible secondary ball handler with the shot making ability of Klay Thompson!

**Disclaimer – I feel I should take a moment to let you know I am a founding member of the Kevin Huerter fan club.

And I’m not here to “re-draft” the whole thing or talk about winners & losers. I’m here to settle the debate of who’s the king of the class right now, from a fantasy perspective. With apologies to Lauri Marrkanen, John Collins, Kyle Kuzma and Lonzo Ball we have a three-man race: Jayson Tatum, Donovan Mitchell and De’Aaron Fox.

The categories we’re going to look at are scoring, playmaking, defense and rebounding.

Out of these three, the name that jumps to mind right away when talking about points per game is Donovan Mitchell. Mitchell came into the 2017 season as a bit of the unknown but took the league by storm and immediately cemented himself as a scoring threat with 20.5 PPG as a rookie. He didn’t disappoint as a sophomore either, putting up 23.8 PPG this season. The knock on his game is all these points come on A LOT of shots and he’s not hitting them as often as you’d like with a career FG% is just over 43 percent.

Jayson Tatum looks the part of a scorer, probably more that any of these guys. Playing for a crowded (and dysfunctional) Celtics team, shots were hard to come by but when he got his opportunity, he left something to be desired. Yes, he upped his scoring from 13.9 PPG to 15.2 PPG but his shooting percentages cratered. His overall FG% dropped from 47.5 to 45 and his 3-point percentage crashed from 43.4 to 37.3. He even saw his free throw attempts per game decline this season, which isn’t what you want to see from an elite scorer.

De’Aaron Fox is the surprise of the bunch. Fox upped his PPG from 11.6 to 17.3, and that leap catapulted him into this conversation if I’m being honest. Beyond the increase in points, he made big strides in every offensive category. He raised his field goal percentage (41.2 to 45.8), his 3-point percentage (30.7 to 37.1), and nearly doubled his free throw attempts per game (2.7 to 5.1). Fox went from a speedy point guard to Russell Westbrook-lite this season.

Having said all that, if you need someone to fill up your points column you want Donovan Mitchell

Unfortunately for Jayson Tatum, in the context of this category, he’s not a point guard and his competitors are so I’m going to gout on a limb and say he loses this round too.

Another Boston player losing. You hate to see it.

For what it’s worth though, if the Celtics clear off some players next season that’s only going to help Tatum’s assist number. But for right now Tatum’s out. That leaves us Donovan Mitchell and De’Aaron Fox.

Mitchell is the hub of the Jazz offense, because no one else can really score one-on-one (sorry Joe Ingles), but rarely is he the sole point guard on the floor. Everyone’s favorite man bun, Ricky Rubio, is usually out there with him. Mostly to run the offense, but also to jazz up the team’s on court look.

You see what I did there? … Ok I’ll see myself out.

Beautiful man bun or not, Rubio takes away assist opportunities. Mitchell did put up a solid 4.2 assists per game this year, but if you’re looking for someone to help you dominate the category you want De’Aaron Fox.

Yes he won the category before I even listed his numbers. And that’s because, of the the three, he’s the only one tasked with running an offense. The ball is in his hands to initiate the offense. Oh, and he averaged 7.3 assists per game this year. And as the Kings get better, he’s going to get more and more assist opportunities. He wins by an easy margin.

Yes, the title of this section is defense but right now we have no room for that smart-switching, charging-taking type of defense. It probably wins you games in real life but this is fantasy basketball, we’re here for the blocks and steals bro!

Question – is there a clear winner between these three? Answer – no.

Mitchell has been the most consistent at getting steals (1.45 per game for his career), Tatum gets you the most blocks (0.7 per game) and Fox had the mosts steals last season (133). No one has the stats to stand above the others so it’s a push.

In the old school NBA Jayson Tatum would be a runaway winner of this category, since he’s a forward and the other two are point guards. But thanks to Russell Westbrook, guards get rebounds now. Welcome to the this brave new world, time to get used to it.

Despite what I just said, Tatum wins easy. He’s averaging 5.5 rebounds per game over his career and had almost 2 more rebounds per game than his competitors this season. I guess being tall does really have its advantages. Who knew?

And The Winner Is…

Um, well, we are tied. Does that mean I created a bad scoring system? No, but what it does mean is that these three players are all great dynasty assets in their own right. But since it’s a competition, they guy I’d want going forward is – De’Aaron Fox.

He’s got prototypical size and unbelievable speed which could translate into a Russell Westbrook-esque stat line. Again, all three are great so there are really no losers here. Unless you picked Markelle Fultz over all of these guys. Sorry, you had to know that was coming. 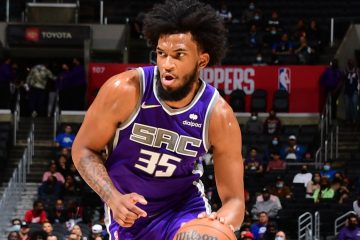