BUY
Disregarding the big names who have already broken out and become established stars. These players are ones to target now before they firmly establish their value.
TJ Warren: Started off the season hot, went down with an injury, and has been up and down since his return. What he showed in the beginning of the season was no fluke. He may only excel in one category, but he’s scoring 20 points per forty minutes which makes him a relatively cheap, reliable source of points.
Elfrid Payton: Struggles to shoot the basketball, but the only thing keeping him from being a double digit assist player is his supporting cast. When Serge Ibaka is currently leading your team in 3PT%, it’s going to be difficult to rack up assists. On the season, Payton has a 16.01 PER and a 3.1 A/T ratio. He is only scratching the surface of his potential at 22 years of age.
Cristiano Felicio: Taj Gibson is a free agent at the end of the year and is rumored to be on the trading block, Mirotic has struggled, and Robin Lopez is Robin Lopez. Felicio may not be an all-star talent, but it may be wise to acquire him now as there is a potential minutes increase coming his way as soon as February. Granted, it is a small sample size, but this season Felicio is averaging 10.9 points and 13.9 rebounds per 36 minutes so he could prove to be an asset down the stretch.
Others to consider: Rodney Hood

SELL
Don’t give these players away for nothing. They hold varying amounts of value, but others may be willing to give up more than they are actually worth.
Andrew Wiggins: Yes, Wiggins is only 21 with room for growth, but the lack of improvement in his first three seasons may be a reason to consider selling high. His shooting percentages, rebounding, assists, FTA/G, steals, and scoring numbers are all very similar over the course of his first three seasons. If someone is willing to give an elite veteran, consider pulling the trigger.
Jhalil Okafor: Owning Okafor is like owning a younger version of Brook Lopez. What Okafor has is an ability to score on the low block using an assortment of moves. However, when it comes down to it, Okafor simply does not rebound (7.7 per 36 minutes) or defend well enough to be an elite fantasy option.
Emmanuel Mudiay: Mudiay is shooting under 38% from the field for the second straight season. To offset such poor efficiency, Mudiay would have to be a supreme distributor and floor general. Unfortunately, he is lacking in those areas as well, holding a 1.5 A/T ratio to go along with questionable decision making. Wait for Mudiay to have a good three or four game stretch and try to maximize his value.
Others to consider: Marcus Smart, Stanley Johnson, Rondae Hollis Jefferson

HOLD
These players either have limited value currently or have not yet reached their peak value. However, there are enough question marks to prevent them from being true “buys.” Hold on to them and wait to see what happens.
Gary Harris: Finally healthy, Harris has been excellent since returning from injury. Here are Harris’ averages per 36 minutes: 17.1 pts, 1.7 3PT, 48.8 FG%, 39.2 3PT%. There’s a lot to like. Unfortunately, his injury history makes it hard to sell or buy at full value. However, if he can continue to play well and stay healthy, Harris is close to becoming a true “buy.”
Aaron Gordon: Statistically speaking, there is limited encouraging data. Gordon’s athleticism is obvious but he has to develop and improve into a real basketball player and not just an athlete who plays basketball. These factors combine to make Gordon a hold. A player not worth giving up any real assets for but a player with plenty of remaining upside to hold and hope.
Mario Hezojna: Hasn’t been getting any burn this season (8.5 mpg) but there is still enough talent and upside to hold onto Hezojna and remain patient. Hezojna has a confident, aggressive attitude and may just need more time to adjust to the NBA game.
Others to consider: Bobby Portis

DROP
The future is bleak. Feel free to cut bait if there is something interesting on the waiver wire.
Nik Stauskas, Noah Vonleh, Willie Cauley-Stein 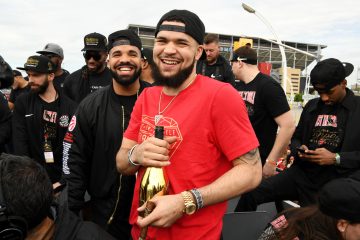