Follow Bob (@BobOsgood15) and Paul (@3cardmonte13) and Keaton DeRocher (@TheSpokenKeats) on twitter and read their analysis here at the site!

The Post-Hype bargain bin is where I do a lot of my shopping. I think it is even more relevant to the current state of the world today. Hear me out: you turn the corner, anticipation building, you see 90 feet of empty shelving. Then you notice it, all alone, there is a small cluster of toilet paper. Your heart palpitates, you pick up speed, carts wheels screeching with anger, and you get there before someone else does. The bag label reads:

That’s Hunter Harvey. It’s not what you originally hoped for, but in a pinch, it will have to work.

Harvey and the toilet paper are both cheap and there is a good chance that if you use them long enough, they are going to hurt you, but they fill the hole.

Gone are the days of the dream that Harvey would be a big-league starter. The 25-year-old former first-round pick of the Orioles and son of former MLB reliever Bryan Harvey has struggled throughout his seven-year professional career to remain healthy. Pitching fewer than 33 innings in five of your first seven seasons usually leads to retirement and a place on the biggest bust of all-time list. Harvey, to his credit, has not given up. He threw 82 innings combined between three different levels in 2019, ending his season with Baltimore. In those 6.1 innings pitched in Baltimore, he struck out 11 batters while only walking four and gave up three hits and a run. It wasn’t until a midseason promotion to Triple-A Norfolk that the Orioles pulled the plug on the starting dream. He pitched 16.2 innings in relief and seemed to excel in his new role.

As we enter 2020 the Orioles pitching staff is a disaster. The team won 54 games in 2019 and current Vegas season win totals have the Orioles improving slightly to 56 wins. Mychael Givens returns as the closer, but his career save percentage is 53%. The door is wide open for Harvey to come in and take over the role and I think he will do just that. We know that some of the best relievers are failed starters, and I’d rather take a chance on a guy who fought injuries as a starter but still has great stuff. Harvey averaged 98.3 on his 4-seam fastball in his 2019 MLB debut and has his dad’s splitter and an above-average curveball to go with the heat. The younger Harvey does not have the mustache game that pops had but the mullet would bring a tear to Rod Beck’s eye (RIP Shooter).

Saves are hard to come by, and you’ll see the best return on investment by grabbing the late-round guys that pop. Every year we see a Liam Hendriks type, waived in the middle of the season and drafted as a type five closer the next. The shortened season does hurt Harvey in 2020. If the Orioles allow Givens a chance to lose the job, it may be a month before Harvey claims the role. Couple that with the fact that the Orioles are the worst team in baseball, and you may not be getting much production from him this season. Dynasty outlooks are different, if he does take the role and finishes the season well, he could have a huge bump in value going into 2021. Sometimes you just need to scratch that itch, and Harvey might be just the thing you need. The alternatives could be much worse.

Sifting Through The Rubble

I have the unenviable task of choosing a Baltimore Oriole hitter to write about for the Triple Play series. Paul is doing the right thing by writing about a relief pitcher. I should’ve signed up for the prospect before Keaton did. Was anyone required to write about the 40-win 1962 Mets in fantasy baseball? Googling “Fantasy 1962” only returns footage of Marilyn Monroe singing ‘Happy Birthday’ to JFK. The ’62 Mets Triple Play would’ve been a tough choice: Don Zimmer? Choo-Choo Coleman? Harry Chiti? The Frank Thomas that isn’t in the Nugenix ads? Moving on…

Anthony Santander is one of the three non-prospect hitters going in the top 400 picks leading into the 2020 season. That should be the case for anyone penciled in to hit third in a major league lineup. But, is he someone worth buying into long-term, and can he be trusted in your lineup in 2020 any more than Frank Thomas can around your significant other? Let’s find out.

20 is a nice round number for home runs to be considered a power contributor. In 2019, however, 20 home runs was tied for 120th in all of baseball. Anthony Santander accomplished this in 93 games played, and knocked in 59 runs in the process while maintaining a .261 batting average. More than a usable player in deeper formats, the left-handed Santander hit .272 vs. left-handed pitchers in 2019, and .254 vs right-handers, so a platoon wouldn’t be too much of a threat. Santander’s batted ball data will not blow you away, as he placed in the middle of the 2019 pack in Hard Hit Rate (35th percentile), Exit Velocity (61st percentile), and xWOBA (38th percentile). His average home run distance, however, was 408 feet, good for the top 20 percentile of hitters. “No doubter” home runs will be more sustainable whenever the Fun Ball comes back down to earth. 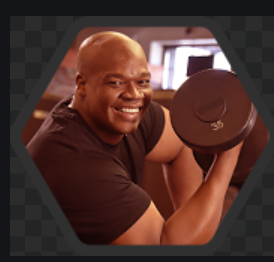 Enough Energy for a Full Season?

Santander did wear down late in the season with a .155/.184/.321 September slash line, so it would be unwise to blindly extrapolate his 93 games out to a full season and expect a 35 home run campaign. 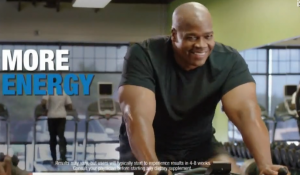 He is projected to hit behind the glove-first Jose Iglesias and ahead of Chris Davis, who has hit .168 and .179 in the last two years, respectively. We are all rooting for Trey Mancini to recover soon from his bout with cancer, and Mancini would certainly help the cause on either end of Santander. For now, Santander is tough to recommend in a redraft league as someone who may only truly contribute in one category, home runs. It’s just as hard to recommend him as a target in dynasty leagues as the Orioles are years away from respectability. A drain on the percentage in OBP leagues at .297 in 2019, Santander’s 4.7% walk percentage fell within the bottom-8% of the league. The hope would be that he can get hot for a rebuilding dynasty owner when the ball is flying out of Camden Yards in July and August, and flip him for prospects and/or picks. Perhaps The Big Hurt can come out of retirement, as he appears to be in great shape lately. Without that, Santander is a Sell for me.

Adley Rutschman was first drafted by Seattle in the 40th round of the 2016 draft; given that he was already committed to Oregon State, he didn’t sign and it worked out pretty darn well for him. Three years later Baltimore made Rutschman the first overall selection in the 2019 draft after destroying the college ranks and winning the 2018 national title. In Rutschman’s final season he slashed a hardy .411/.575/.751 with 17 homers and 58 runs batted in over 57 games. He leads the NCAA in walks (76), average, on-base percentage and slugging as well. In short, Rutschman made Baltimore’s decision to draft him first overall rather easy.

Adley Rush This Man To The Majors

Baltimore is not going anywhere any time soon and Rutschman being an advanced bat should cruise to the majors in short order. The only thing that would hold him back is his defensive development as a catcher, as that tends to prolong players’ stays in the minors. Of course, if the MLB moves to robot umpires then that may not matter in the slightest. Reports on Rutschman’s ability to receive coming into the pro-ball are that he is just as polished as a receiver as he is as a hitter. Adjusting to the pro-game is a big adjustment though and it’s still to be seen after only half a season if he will progress as quickly with the glove as he will with his bat.

Rutschman’s adjustments to pro-ball for the first time aren’t as bad as it seems. Looking at his stat line from his first half-season it might not look so pretty, but if you dig a little deeper, it looks pretty nice. Overall he slashed .254/.351/.423 with 4 homers and 26 runs batted in over 37 games. However, he spent the majority of those games at Full-A slashing .325/.413/.481 and even won Baltimore’s Minor Leaguer Of The Month for August. It’s easy to write off his final line and struggles over the last month of the season as fatigue from playing a deep college season followed by more baseball in the minors. Since every league should have drafted by now, unless your league is weird, it’s most likely that your chance to acquire Rutschman has passed and it’s not going to be easy to work a trade but Rutschman is worth throwing out an Arizona esque Shelby Miller like haul to obtain. 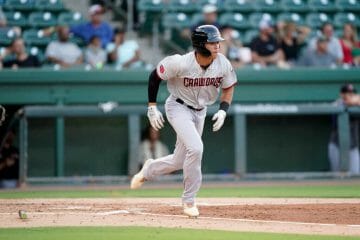