On Wednesday, July 31st, Major League Baseball will have their annual trade deadline, or as the Mariners have called it for 18 years, “The Start of the Offseason”. And for the first time in 2019, there will no longer be a Non-Waiver Deadline to end August, so teams will have to decide if they are in or out on this season by next week.

For fantasy purposes, a lot of owners will wait and see who will get moved throughout that last week of July and save their high waiver claim or FAAB dollars for those players. Most of the impact prospects have already been called up, so the trade deadline may be the last opportunity to pick up a difference-making player. However, the savvy time to move is this week. Whether your league allows daily free-agent pickups or runs on Sunday night, you can get ahead of the game now by utilizing your bench spots to stash pitchers whose value may be changing shortly.

Trying to predict where players will land is very difficult, but determining which MLB teams are going to sell is not as tough. As a contending fantasy team this year, the most important thing you can do is protect your pitching, specifically closers. If you’re sitting pretty in Saves with Kirby Yates and Will Smith, pretend you are “handcuffing” a star running back in football, and grab the eighth-inning guy, and the seventh inning guy if you have the space (Le’Veon Bell owners who won a title with James Conner and Jaylen Samuels nod their heads in unison).

Not playing saves? Go out and stash closers-in-waiting so that you can sell them to the panicked owner who lost Yates and Smith.

Rebuilding in a keepers league, or a full-on Dynasty league? Great! Stash your entire bench with closers-in-waiting. Even if you can acquire a minor leaguer or a draft pick down the line, you’ve contributed to your future. Then, swing by H.R. and increase your 401K contributions, as well.

If you’re in last place in a redraft league and you’ve already moved on to researching Wide Receiver sleepers, throw in a couple of last-ditch waiver claims, change your team name to insult someone’s mother, and cause complete chaos! Set the tone that you mean business for 2020.

Let’s look at which teams fantasy owners should be focused on over the next week, and how interesting their arms are.

Not worth the hassle:

Orioles: Not even if there was a worthy backup. Mychal Givens is rumored to be moved, but he is 8-for-13 on the season in save opportunities, and only has had 2 chances since June 16th.

Tigers: Shane Greene will almost certainly be traded. But the Tigers are 30-65, and have had 3 save opportunities in the last 30 days. Joe Jimenez seemed like the long-term plan, but is 0-4 with a 7.90 ERA since June 1. Maybe Buck Farmer will get a couple of saves by default?

Reds:
Current Closer: Raisel Iglesias has been shaky (2-8, 4.60).
Backup: Michael Lorenzen has six saves, and could fill in if Iglesias’ struggles continue.

Mets:
Current Closer: Edwin Diaz (1-6, 4.93, 21 Sv) has not been the shutdown closer that the Mets expected in trade, but they’ve invested a lot in him.

Pirates:
Current Closer: Felipe Vazquez’s name comes up a lot, but he is not a free agent until 2022 (or perhaps 2024 with club options picked up). I’d expect Pittsburgh to hold unless they were blown away with an offer.

Backup: Choices are lacking. Maybe Kyle Crick, but he has a 7.00 ERA/2.22 WHIP over past 30 days. Maybe Keone Kela when he’s done fighting with the cultural readiness coach.

Rangers:
Current Closer: Likely to be Jose Leclerc (4.20 ERA, 1.22 WHIP, 13.6 K/9) with the recent IL-stint for Shawn Kelley. Will be interesting to see if Leclerc can take the job and run with it, or Kelley returns to the role in a week or two.

Royals:
Current Closer: 34-year-old Ian Kennedy sure seems like a sell high for the Royals.
Pick Up: You can try for something called Jake Diekman, who has pitched the 8th inning a couple of times recently after Brad Boxberger and Wily Peralta were designated for assignment.

Mariners:
Current Closer: Roenis Elias
Pick Up: Hunter Strickland was brought in to be the team’s closer, likely owned in leagues with IL-spots.

Padres (47-52, 5 GB of Wild Card)
Current Closer: Kirby Yates leads all of baseball with 31 saves in dominant fashion. But at 32 years old, they could get a great haul for him.
Pickup: Craig Stammen (6-5, 3.68). The higher upside move down the line is Andres Munoz, an electric 20-year-old rookie reliever who may not quite be ready for the closer role in 2019.

Give us 7 days to decide:

Giants (51-50, 2.5 GB of Wild Card)
Current Closer: Will Smith (3-0, 2.55 ERA, 0.92 WHIP, 13.4 K/9). How is this roster around .500? Arguably Bruce Bochy’s most impressive managing performance. Might be a bad look to sell this team off the way they are playing for their retiring manager.
Pickup: Hard to tell. Mark Melancon is the favorite, with plenty of closing experience. Sam Dyson and Tony Watson have very good numbers as well. The Giants could probably sell any one of these four relievers for a decent return and still be able to stay in the hunt.

Finally, two other teams to think about are the Phillies (52-48), who have David Robertson coming back from the IL within the next week. He may take over for Hector Neris who has blown 3 saves over the last month and has an 8.71 ERA/1.74 WHIP in that time.  The Red Sox (55-46) will likely continue to lean on Brandon Workman (8-1, 1.84 ERA, 1.02 WHIP, 12.7 K/9) but one would have to think a trade or two is in order to save the overall bullpen dumpster fire in Boston. Workman is shockingly under-owned for someone who has those numbers. Now, go out and get those waiver claims and bids in this weekend to wreak havoc on your leagues. 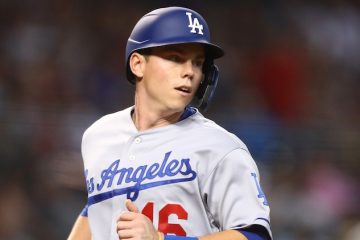