Anthony Rizzo’s May Was A Mirage

Anthony Rizzo is not back. Well, he’s kind of back, but not in the way you think. Is he running hot right now? Sure is, but his batted ball profile from May is anything but typical for the big fella and the things that happened will not persist.

For starters, Rizzo’s May was the least amount he’s ever struck out in a month since at least 2015, and maybe forever. But that’s not the point; the point is that the things that happened that made his May look fantastic are masking the darkness that still lurks in his batted ball profile.

Exhibit A: his inability to pull the ball in the air since last All-Star break has been well documented, by me. I’ll re-share, in case you missed it. 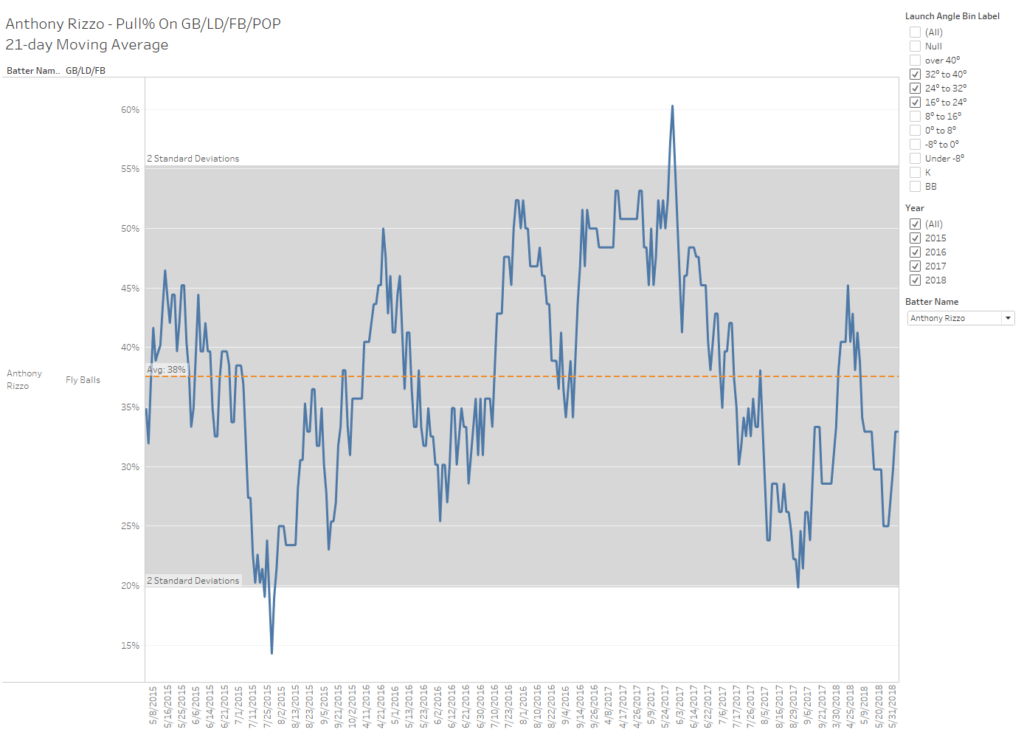 He’s making his way back to pulling the ball more, but it’s not at that elite level that allowed him to homer 20 times before the All-Star break last year. 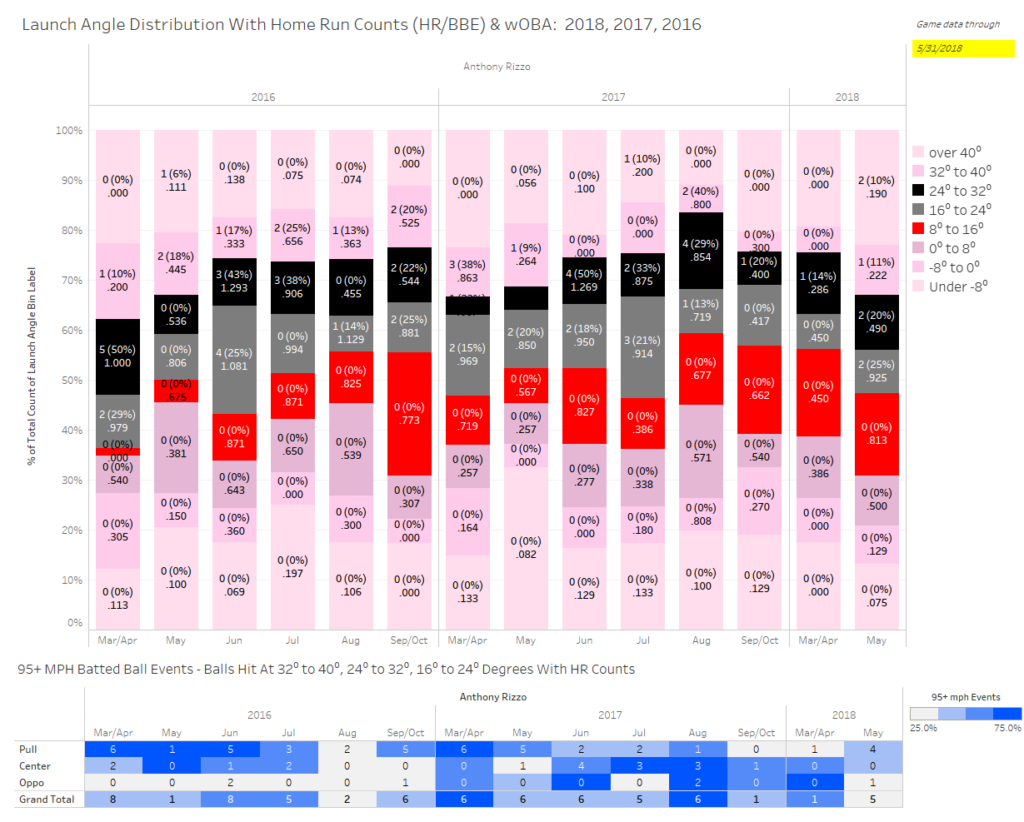 There are a few things that stick out like a sore thumb in Rizzo’s May. First of all, he’s still not hitting the ball 95+ mph very frequently (strongly correlated to Barrels). I can tell that because the boxes in his 95+ MPH batted ball events table were light blue during May. Secondly, he hit ~10% fewer balls on the ground during May. This is good, but it’s very different from the batted ball profile we’ve seen from him for the past 2+ years. Perhaps he’s making an adjustment and it’s allowing him to lift the ball more frequently, but we’re not going to know that until we see a larger sample size. Lastly, he homered on two balls hit above 40 degrees. That’s happened exactly three times in his last full three seasons. His expected wOBA on those balls was ~.000, yet the two homers allowed him to log a .286 wOBA on those air balls. Lastly, other than the HR/FB spike generated in the pull field and above 40°, we didn’t see anything positive on all the balls he hit in the air during May.

Rizzo posted a .100 wOBA on balls to centerfield and a .363 wOBA to the opposite field. This is against career averages of .519 and .461 respectively. I stand by the fact that something still doesn’t feel right with Rizzo’s power since All-Star break last year (despite the 7 home runs in May). It was fluky for me. Now, I realize he’s still running hot to start June- he basically hasn’t hit a groundball yet this month. If Rizzo is attempting an approach change to put more balls in the air and try to pull the ball more, but without the requisite exit velocity behind those balls, I think he’ll continue to scuffle from an AVG perspective and from a HR/ISO/SLG/TB perspective in the months where he doesn’t catch some good luck or can’t pull the ball as much.

For me, this Rizzo hot streak provides an opportunity to sell high and perhaps bring more value back in trade than if you would have done so earlier in the year. Or, if you wait later in the year to see if he can get back to being the old Rizzo from pre-2017 All-Star break. Perhaps he’s making some adjustments to add more contact to his game that we hadn’t seen for three out of the last 4 months. As Rizzo starts to age and slow down against LHP in particular he might begin to look a lot more like Jay Bruce than Anthony Rizzo. I’m a seller.

Anthony Rizzo’s May Was A Mirage