At age 25 Mike Zunino has already managed to fully embody the phrase “fantasy albatross.”  He started his professional career as a third overall pick, fresh off winning the Golden Spikes award at the University of Florida.  He played in 44 games after being drafted, and amassed 190 PA.  During that short stint he absolutely obliterated Low A and AA to the tune of .360/.447/.689.  That year cemented Zunino as a first rounder in dynasty supplemental drafts.  If you were one of those unlucky fellows, you likely vowed to never draft a catcher in your first round again following what happened.

Since then Zunino has taken quite a bit of time to manifest even the smallest portion of his offensive potential.  Which probably leads you to the glaring question, “what is Mike Zunino’s potential?”  Great question inquisitive Dynasty Guru reader, you are very smart!

Despite Zunino’s career .632 OPS and his paltry career 78 wRC+ there is reason to expect some improvement in 2017.  The core of offense in baseball is hitting the ball, and Zunino isn’t great at it.  He has never had a contact rate as high as 5% BELOW league average (not great).  So a hitter with such an issue would benefit from swinging less until pitchers throw more strikes.  Zunino began adapting that strategy last year, and saw his walk rate rise for the third straight season, and last year was in fact the first time Zunino ever had a walk rate higher than the league average.

This improved plate discipline doesn’t seem to be any sort of a fluke as he chased pitches at a 29.4% rate (league average 30.3%), and swung at strikes 69.4% (league average 66.7%).  So he’s doing what we teach the kids, swing at strikes, and take balls.  Pitchers knowing he previously chased, failed to transition and fed him a steady diet of balls, and for the first time he let them go.  Now while he wasn’t quite Mike Trout in the strike zone, he did show some encouraging fantasy signs with those pitches in the zone.

Last year Zunino posted his career best hard hit rate at 35%, that was 12th best among all catchers with at least 190 PA, if you compared him to catchers that qualified for the batting title, his rate was second to only Wilson Ramos.  His fly ball rate amongst catchers was behind only Jarrod Saltalamacchia.  Seeing as he is attempting to be the classic slugger it should be noted that he had the second lowest ground ball rate amongst all catchers with over 190 PA.  This combined to create a very strong HR/FB rate of 23.1%, a high rate, but something that can be mathematically backed.

Now what made us all love Zunino in the first place finally has a place to show itself.  Zunino is capable of hitting the ball very hard, as his 113.5 MPH hardest exit velocity of 2016 indicates.  His hardest hit ball was higher than Jose Abreu, Robinson Cano, David Ortiz, Wil Myers, and Bryce Harper’s best ball.  So if Zunino replicated his newfound approach, and maintained the exact same batted ball profile over a 120 game pace, as opposed to 55 in 2016, you will see he is on pace to hit 26 home runs, which turns Zunino into a low end draftable commodity.

But there is reason to expect some more growth.  Scott Brosius was his coach in AAA Tacoma where he learned his new refined approach. During his time with Brosius he was slaughtering AAA pitching for 79 games and amassed an .898 OPS.  This year Brosius is an assistant coach along with Edgar Martinez as his hitting coach in Seattle.  This should help him better maintain his success he experienced in his July and August debut before putting up a dreadful .188/.273/.348 line from September 1st on.  Zunino attributes the last month of the season to wearing down from the long season, and at age 25 this isn’t hard to believe.  However, if the standard disastrous Zunino slump can be minimized, the normal rate and hot streak production could make him a valuable asset, and a very nice player in head to head leagues.

Obviously this isn’t a ringing endorsement, but there are still two inefficiencies that pitchers and their defenses should continue to attack against Zunino.

So this Zunino isn’t exactly the greatest praise, but considering what he’s put his owners through, it’s a step in the right direction for him.  Zunino is being taken as the 20th catcher in NFBC drafts this year, and was ranked #448 on Bret Sayre’s top 500.  This may be a nice buying opportunity for a guy who is presently incredibly cheaply. 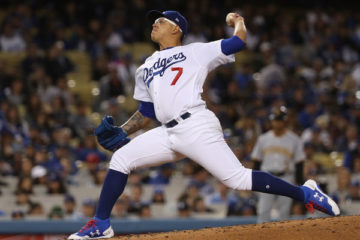