Let’s start by stating the obvious. There’s a lot of young talent in the majors. The top of this list is littered with recent top prospects and players who are poised to be fantasy stars for the better part of the next decade. We’ve seen the emergence of Xander Bogaerts, Corey Seager, Gregory Polanco, and many more. We saw the early arrival of Nomar Mazara, one of the few high-impact prospects who was set to show us what he could do in 2016 (and boy has he).

The flip side of this is that not everything can be on the rise. This isn’t one of Barney Stinson’s mix tapes. The landscape of the minor leagues is very bleak right now compared to what we’ve been accustomed to over the last five years, and it’s going to cause some value displacement. In fact, as opposed to previous years where there have been multiple prospects in the top 50 or 60 of this list, the sole minor leaguer to crack the top 70 on this list is future superhuman Yoan Moncada. And the next wave of prospects behind him include a few teenagers who have only played in A ball. So minor league investment is questionable—especially with a relatively poor incoming draft class. Speaking of them, this list came out much later than I anticipated, so I included 2016 draftees as an early birthday present.

By now you know the drill with the background and disclaimers. Blah blah, 14-16 team mixed leagues, blah blah, this is a fantasy list, blah blah, keep forever with farm system, blah blah, one catcher, blah blah, park/team factors included. I don’t need to repeat myself. You also know that donations are very much appreciated and can be made here (or at the top-right corner of the site). But you didn’t come here for the intro, you came here for the camaraderie and the exquisite web design.

Oh, and the list. Your brand new #Dynasty500 awaits: 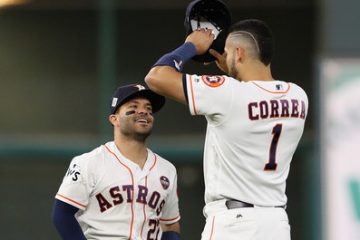 What Happens In El Paso