Last week I took you through my thought process of selecting Jason Kipnis and Xander Bogaerts with the 19th and 22nd picks respectively, in the TDGX draft. While we’ve gotten about halfway through the draft at this point, I thought I’d break my selections down into more digestible bites, and take you through round 3-5 for Team Joldstein Goldstein.

At this point I was still recovering from actually taking Bogaerts in round two, as I wasn’t at all sure that I made the correct decision. I had been eyeing another top prospect in speedster Billy Hamilton as a potential fourth round selection to pair with a solid MLB contributor that I could take in the third round. I wasn’t at all sure who that was yet, of course. I had been coveting Matt Kemp with my third selection, as my Dodgers biases have led me to believe he can still put in some first round value seasons while he’s in his prime.

Then CBS’ Chris Cwik popped Kemp at 48th overall, quickly followed by Jason Hunt of FakeTeams tabbing Hamilton with the pick before me in the third round (58th overall). At this point a few names had settled at the top of my queue, starting with my eventual selection in Shin-Soo Choo but extending to White Sox ace Chris Sale, 40-homer threat Mark Trumbo, future-ace Gerrit Cole, man-candy Justin Verlander and moth-eared Matt Holliday. I knew I wanted to eschew pitching my first four or so picks but Sale/Cole/Verlander presented incredible value for where I was picking.

In the end I went with Choo who will be a run-scoring machine atop a loaded Rangers lineup, who can contribute in stolen bases and home runs, which will pair nicely with the across-the-board skills that my first round selection Kipnis brings to the table.

You’ll notice that Cespedes was not among the names I threw out in the previous paragraphs, in terms of who I was considering along with Choo in round three. In the two picks in between Choo and Cespedes, Luke Chatelain and his partner drafted Chris Sale and Jose Bautista. Obviously Sale was a blow for me, but I wasn’t looking at Bautista seriously and he lacked the across-the-board contributions that I value so highly in early rounds. I want a mutli-cat contributor out of my early hitters, otherwise I should be drafting pitchers early, as they too contribute to four categories instead of five.

When Sale was taken, I added Cespedes to my pool of possible picks, and as the different options churned in my mind, I ultimately settled on the Cuban, for a few reasons. First and foremost was that he was an outfielder. This is the most general thing about him, but the league setup ultimately made outfield an extremely important position. If you’ve read other fantasy articles, you’ll likely notice that people are decrying the lack of depth in the outfield – and they’re right. Add in 20 teams and five (!) outfield spots, and suddenly there is a HUGE emphasis on the position.

Cespedes had a rough season in 2013, missing time and taking major steps backwards in batting average and stolen bases, among other categories. But we saw what he could do in 2012, and I think the talent is legitimate. A healthy 2013 could produce a .275 ba/25+ hr season, and I think he can at least get back to double-digits in stolen bases. I also happen to think there’s potentially another gear for Cespedes to go into, and while I think the chances of him reaching that gear are remote, I do believe they exist. I tried to grab a blend of likely impact with the chance for an elite player, and I think I did that with Cespedes.

I stayed true to my desire to hold off on pitching through the first four rounds, but it didn’t take me long to pop Latos here in the fifth. One of the reasons I felt comfortable taking Cespedes in the previous round was the hope that Latos would come back to me. He was the highest player on my board once Brian McCann was selected by Bleacher Report’s Mike Rosenbaum.

I’m not sure Latos gets the credit that he should. He hasn’t struck out fewer than 21% of batters since 2009, topping 200 innings in the last two seasons and falling just six innings short in 2011. He’s produced ERAs between 2.92-3.48 in the last four seasons, and has showcased above average WHIP during that timeframe as well, which 2013’s 1.210 registering as the highest of the last four years.

That’s an elite pitcher, and I haven’t even gotten to the best part: he’ll be 26 this season. The Reds just locked up Homer Bailey for nine-digit dollars, and I think Latos is the better pitcher. He pitches well, often and deep enough into games to accrue wins. I was thrilled to snag a second tier pitcher this late in the game, even if he does pitch in a hitter’s park. 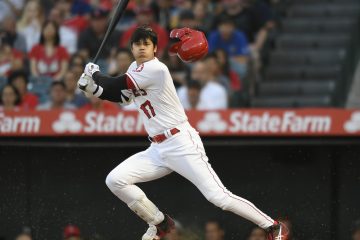