Two seasons ago, when Covid-19 sent many of us to work-from-home, home from school, unemployment, and worse, I joined a 16-team Dynasty League start-up, and detailed it in a Nine-Part (Dang, I can’t believe I wrote that much back then) series. This time it is only a three-part series, with Part I here, and Part II here. The league is still going strong, and one of the members is now a writer on the Dynasty Guru with me, Andrew Jurewicz, and both of us will give our takes on the draft results, two years on.

In Parts I and II we looked at the results from the first ten rounds; however the draft continued for an additional 55(!?!) rounds and here just is not enough time or want to hear about those rounds, amirite? Thus we chose the best five picks per every round grouping below; note that there were a lot more busts than hits, and this point we will come back to often through the remainder of this review. This league is 6×6, with categories for Hitters: R, HR, RBI, SB, AVG, OPS and Pitchers: K, K/BB, ERA, WHIP, W+QS, SVx2+H; Rosters: Starters: C, 1B, 2B, 3B, SS, 4 OF, 2 UTIL, 9 SP; 10 Bench. 65 total players. Let us jump right in with Andrew’s best picks of rounds 11-20:

First, look at the quality pitching found, as these rounds are a good opportunity to find established starting pitchers with upside highlighted with Lynn, Musgrove, and Alcantara. Overall, it looks like each pitcher improved their stock over the last two seasons outperforming numerous pitchers taken ahead of them in our start up draft. Before the start of the 2020 season I actually traded for the workhorse Lynn, sending Brailyn Marquez who I had taken one round earlier. That is a win all day.

The Atlanta Braves have seem to know what their doing with their prospects; in that case I have to highlight Riley and Anderson here. I was not exactly crazy about the Riley pick at the time, however, if he can stay consistent with his 2021 showing this pick looks even better than it does now. I am a huge fan of Anderson; so much that I even had money on him to win 2021 ROY. He is a legitimate option for the Braves rotation and can hand him the ball for the big game. Going to be 24 in 2022 there is a lot to like here.

Waiting on catchers (but not too long) can pay off, as Perez and Smith are two of the top four catchers in Dynasty leagues right now. The other two that round out the top four, were taken much earlier; Adley Rutschman in round eight and JT Realmuto in round five.

In Rounds 16 & 17, current top prospects Riley Greene, Nolan Gorman, Corbin Carroll, Alek Thomas, Grayson Rodriguez, Hunter Greene and Shane Baz were all drafted; giving more credence to the strategy of building your core team of vets and younger MLB players can be done in the first 15 rounds or so, and then supplementing with prospects later (but not too much later). I have found that the sweet spot when drafting prospects, after the core of your team is taken, are rounds 17-30 or so. You are going to miss with prospects in these rounds, of course, but the guys you are drafting are usually in the top 150-300 overall prospects, so their chance to jump up on lists is much greater than the prospects you will take in later rounds (as we will soon see).

Focusing again on finding quality pitching in the middle rounds of the start-up draft, round 28 was pretty solid for this. Means and Burnes both had a track record with some success prior to the 2020 season while Manoah was a highly rated prospect. Couple of solid looking bats with O’Neil and India mixed in as well. India forced the Reds hand to make him in the lineup and he absolutely shined as their lead off hitter on his way to capturing the rookie of the year. You might have been sweating out having O’Neill after a tough showing in 2020 but was locked in last year making him strong outfield option for any team moving forward.

The hits became a lot rarer going into these rounds and through the rest of the draft, though these picks really helped out their respective teams and the misses were too many to mention. There were some young prospects drafted that have climbed up lists, but taking 16- and 17-year-olds that have never appeared stateside come with very high risk/reward. That is why teams that go all-in for prospects have a greater chance of having few pan out than many; it also allows other teams more good major leaguers and such a greater chance of being competitive, in the near term (at minimum). MLB teams have also seemed to adopt this strategy when trading their veterans; as opposed to one top prospect, they would rather have multiple lower level ones, spreading the risk, as it were.

Lastly, Corbin Burnes was a steal in round 28. Ryan Mountcastle is my pick to enter the first baseman five-some (Freeman, Guerrero Jr., Olson, Torkelson, Alonso) currently ranked outside the top five. Teoscar has been underrated two straight seasons, and now I worry he might be a bit overrated. But if another manager in your league still thinks he will fail, see if you can add him to your team.

Some late round magic for picks panning out with Moreno, Volpe, and Pratto! There was some other goodies in there after the 50th round such as Oswald Peraza and MJ Melendez. Remember these picks were made two years ago!

My advice is don’t overthink! Make a educated decision/pick with whatever research you have available at the moment and move on. One of the strategies I tend to adopt when choosing prospects this late is where they are in relation to an organizations’ top-ten to -fifteen prospects and try to be closer around there, regardless of position. I will typically go with a player that is in a top-ten org ranking over the someone who is not.

Another thing I take into account is what type of investment these organizations have made on these players as in where they were drafted and/or signing over slot value. Obviously we’re all aware many high end picks fizzle out before they can reach the major leagues, however, it can be stated that McClanahan, Rodgers, Volpe, and Pratto were all first-round picks for their respective organizations.

Once we got past round 35 or so, the next 30 rounds were a vast majority misses. That is more than half of the roster! Every team either took vets that are not playing much (or if at all anymore), or prospects so low on lists that they will most likely never come to fruition. So, these are not even dart throws, they are roster fillers. Noting that these guys are nothing more than roster fillers should allow you to drop them more easily for the hot player at the major or minor league level; sometimes we become attached to players for too long, since we drafted them based on our research, but do not make that mistake (as I have done before).

As such, these rounds point me toward choosing middle-relief pitching, especially in a league that uses holds and ratio statistics (this one uses K/BB); even though the turnover of usable relief pitchers can change drastically from season to season, these guys are usually available on the waiver wire, even in 16-20 team leagues, so misses hurt less. I remember frantically looking at each teams’ prospect lists, trying to decide which lowly rated prospect would be the most worthwhile, and in the long run it was unnecessary. The lesson here is that the guys taken after round 30 are going to be misses 90% of the time at best, so do not fret over who you take in these rounds, more than likely they will not be on your team in two seasons.

In the final part of the original series, I gave some Dynasty league set-up advice as well as my strategies when drafting a start-up dynasty league. I feel these still apply and can help you compete and remain competitive in your dynasty league, and is definitely worth a read (or re-read if you have read all the parts of the series, and if you have, I salute you!). Good luck out there this season! 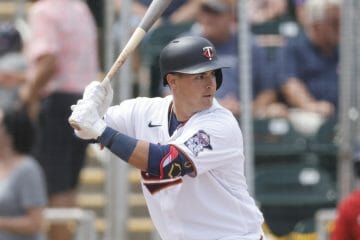