LATEST
Dynasty BaseballDynasty DynamicsWhat To Do About...

Whether choosing to stream starting pitchers or looking for daily fantasy targets, knowing lineup splits is essential to success. The splits have similarities to the early season evaluation but there are some surging and falling teams to take note of in this July update. 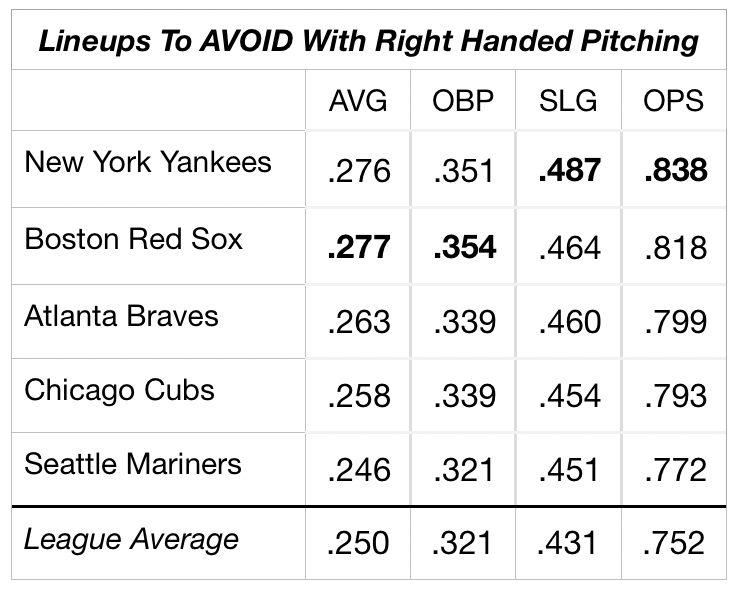 Despite injuries to key stars, the Yankees have surged to the top of lineups to avoid against right handed pitching. With performances from the usual suspects when healthy, the Yankees have also gotten All Star calibre performances from virtually unknowns like Gio Urshela and aging castoffs like Cameron Maybin. The Seattle Mariners may be a surprise inclusion in righty-mashing lineups, but they have been dominant against RHP all season, largely on the back of breakout seasons from left handers Omar Narvaez and Daniel Vogelbach [Swoon- Ed.]. 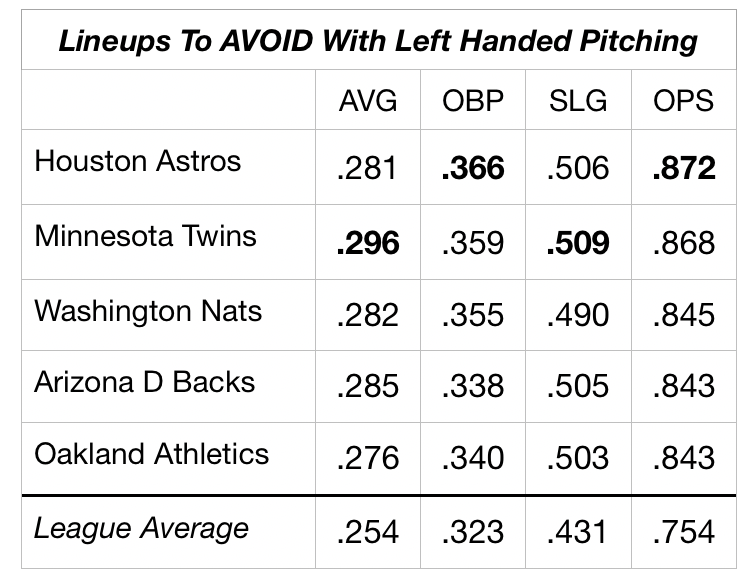 It is no surprise that the teams sporting some of baseball’s best right handed hitters feature in this shortlist of teams to avoid. The dominant Astros and breakout Twins share common lineup constructions, namely right handed top-end talent and depth such as Alex Bregman, Carlos Correa, Jose Altuve for Houston or Miguel Sano, Byron Buxton, and Nelson Cruz for Minnesota. 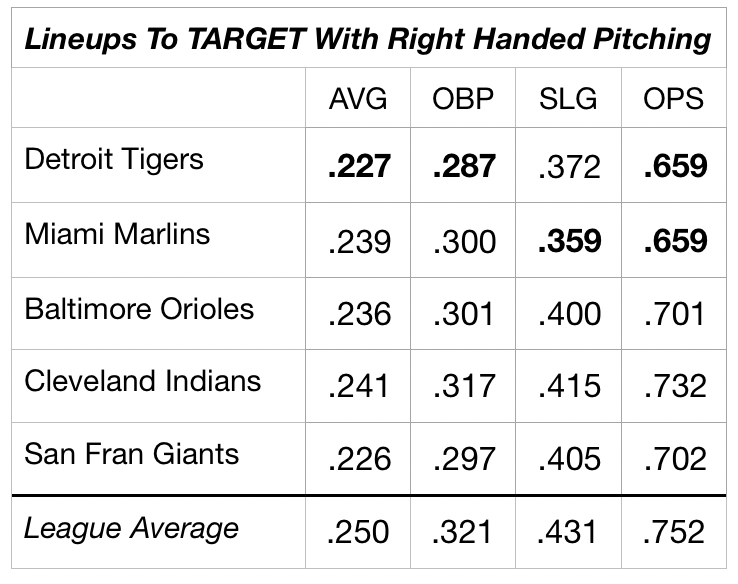 Despite clinging to the aging careers of their former stars, the Detroit Tigers find themselves tied with the Miami Marlins for the league’s worst teams against right handed pitchers. Both the Tigers and Marlins are significantly worse than any other franchises v RHP, and both offences feature very few bright spots. 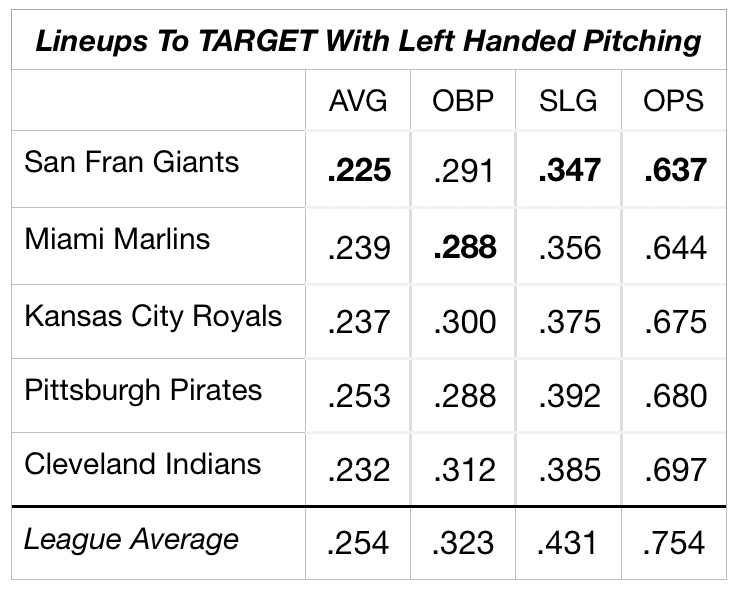 The San Francisco Giants struggle against right handed pitching, but against lefties they are even closer to the Mendoza line. The Giants have no offensive threat, with a lineup anchored by rapidly declining former stars Evan Longoria and Buster Posey, and regularly start only one player with an OPS+ over 100 (Brandon Belt). The Cleveland Indians continue to find themselves offensively unproductive against both left and right handed pitching, especially shocking after posting the third most runs in baseball in 2018.

An interesting trend to note is the larger difference between the league average and the extremes against left handed starters than that of righties. The larger stratification of results against southpaws can and should be used by fantasy managers when targeting and avoiding lineups. As well, any hope that was being held for a Cleveland Indians offensive turnaround should likely be abandoned post-All Star break. Despite a brilliant year from Carlos Santana, the Indians have been unable to fill the offensive holes left by Michael Brantley’s free agency departure to Houston and Jose Ramirez’s baffling regression.

In terms of lineups to avoid, the statistics largely bear out common perception and logic as most of league’s the top teams should be avoided. However, noticing some teams that flourish against one side of the platoon is key, such as the Mariners and Diamondbacks.