Let’s get our jump to conclusions mat out and make some rash judgments based upon hitters getting one or two at-bats playing in their first game in front of a more than a few thousand fans — or even better — let’s make some sweeping generalizations regarding starting pitchers who are overthrowing because they are only going to pitch one inning in an exhibition game. Or, let’s not ever do that. If you’re in need of that type of hard-hitting analysis, you can look at plenty of people’s Twitter feed from Sunday. As the Mike Pelfrey of Baseball Prospectus’ award-winning TINO podcast says, casting aspersions based upon one game makes about as much sense as following MLB Trade Rumors on Instagram.

To be sure, there is certainly knowledge to be gained from seeing top prospects play against each other on a major league field, but adjusting prospects ahead of one another based upon one game (which I saw plenty of going on while monitoring the game on Twitter) falls somewhere between dangerous and ludicrous. Instead, let’s take a look at a trio of prospects who appeared in Sunday’s Futures Game that are largely unowned in dynasty leagues and could see their value rise over the ‘second half’ of the season:

Rea pitched for three colleges (Northern Iowa and St. Petersburg JC before finishing at Indiana State if you’re scoring at home) and was plucked by the Padres in the 12th round of the 2011 draft. He was assigned to short-season Eugene, where he posted a 2.21 ERA in his first 15 starts as a professional. Rea made his way to the Midwest League in 2012 and was moved between the bullpen and the rotation, making 19 starts to go with 12 relief appearances.  Rea compiled a 4.11 ERA, struck out 80 hitters and walked an alarming 47 batters in 103 innings. The 2013 season saw Rea spend a majority of his time in the bullpen, making twelve starts in 31 appearances between the Midwest League and the California League, where he pitched well at Low-A ball (2.09 ERA, 8.0 K/9 in 43 IP) before getting obliterated in High-A Lake Elsinore, walking 39 batters in 43 innings and posting a horrific 6.07 ERA.

The Padres gave Rea a slot in the rotation during his second go-around in the Cal League in 2014 and he rewarded them by striking out 118 and more importantly – he only issued 37 free passes – in 139 innings over 28 starts. Rea’s 3.88 ERA doesn’t seem like an accomplishment at first blush, but it was good for sixth among Cal League starters and his 7.64 K/9 rate was good for twelfth (min. 100 IP). He did a magnificent job of keeping the ball in the ballpark, allowing only 11 home runs on the year — which is roughly the equivalent of a week’s work for a power hitter like AJ Reed.

Rea moved to Double-A to start his 2015 campaign and he dominated the Texas League, striking out 60 in 75 innings (walking only 11) and putting up a sparkling 1.08 ERA (2.31 FIP) in 12 starts before being moved up to Triple-A El Paso where he’s made two starts. Rea’s velocity has increased as he’s gained experience and it now sits in the low-90’s — touching 95-96 on occasion and his cutter has proven to be a dynamite out pitch in the upper levels of the minors.  Although ‘new’ Petco Park isn’t quite the pitcher’s paradise that it used to be, it’s still a nice place to make your home starts and the 25-year old Rea could see the majors in 2015 if the Padres make a few deadline deals that subtract from their rotation.

Labourt agreed to sign with the Jays for $350,000 during the 2011 signing period and the now 21-year old Dominican has worked his way up to the Florida State League this season. Labourt started last season in the Midwest League, where the challenge of full-season ball proved to be too much for the 6-foot-4 inch portly lefty and he was moved to short-season Vancouver after making six appearances. Labourt tallied a 1.77 ERA over fifteen starts and racked up 82 strikeouts in 71 innings, allowing only 47 hits but walking 37. The Blue Jays opted to skip Labourt past the great weather of the Midwest League to start this season and challenged him with an assignment to High-A Dunedin, where he’s struggled in his sixteen starts. Labourt’s ERA currently sits at 4.71 and he’s walked 42 in 72 2/3 innings pitched.  Labourt’s stuff remains well above average, as the southpaw’s fastball sits in the 91-94 MPH range and shows flashes of a plus slider. With Labourt, it’s all about harnessing the command, and if he does as he moves up the ladder — the package is here for a solid mid-rotation starter.

Mella ranked as the number three prospect in the Giants system according to John Sickels of Minor League Ball and checked in as the second best prospect by Keith Law of ESPN over the winter.  Mella has been subjected to the Cal League this season, where he’s posted a 3.29 ERA in 13 starts and struck out 8.7 batters per nine innings. Mella’s FIP of 3.44 is good for eighth in the league (min. 50 IP), right behind fellow Giant farmhand Tyler Beede (3.40), who’s owned in three percent of CBS leagues. Mella battled through a rotator cuff injury last season that limited him to 85 1/3 innings, but he’s been fully healthy this season and is up to 63 innings on the year. The 21-year old Mella seems poised to join the numerous other Giants prospects that have been undervalued in dynasty leagues over the last few seasons and features top-of-the-rotation stuff. He just needs to get a full season’s worth of starts under his belt.

None of these three pitchers that appeared in the Futures Game on Sunday were ranked in our Top-500 June Update and all three come with varying degrees of risk — but these three should be owned in more dynasty leagues than they currently are — and could see their value increase over the second half of the season. 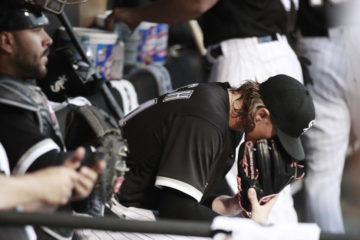 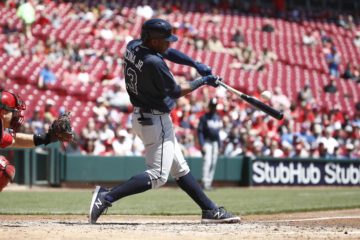