Chances are that your league is pretty well decided and today is probably the last day to make some final 2013 pickups. If you see anyone on your roster that you know you won’t be keeping or may have limited value next year it’s always in your best interest to drop that player for someone who can provide your team with an extra trade chip or who could even be a surprise keeper next year. In deeper leagues, one of the best places to make a couple of these bets is at the closer position as closer value can spike right before the season as roles are established during spring training.

Today we’ll look at a couple names that could become solid trading chips or keepers before the 2014 season.

Parnell was a very solid closer for most of 2013, posting an excellent 2.33 FIP and a usable 7.92 K/9, however, on a very bad Mets team Parnell never got a ton of love or for that matter save chances. Unfortunately for Parnell, and his owners, his solid season was derailed at the start of August when he was diagnosed with a herniated disc in his neck. With surgery behind him Parnell is now setting his sights on spring training 2014, however, it seems like many leagues have written him off as he’s owned in only 41% of Yahoo! leagues. If he’s available in your league drop that terrible SP you were streaming for the final week and add him to your roster, best case scenario you have a solid closer to keep or trade come 2014. Worst case scenario is that Parnell’s neck injury lingers and Vic Black (1%) opens the year as the Mets closer.

Rosenthal is definitely one of my biggest closer man-crushes in the game and at 23 he’s got a long career in front of him. Rosenthal’s 2013 was pretty epic and if he would have racked up saves he would be guy you’d seriously consider keeping in medium to deeper leagues. However, Rosenthal is behind a couple guys on the STL depth chart, the 1st behind Edward Mujica who held down the closer gig for most of 2013 and in many ways excelled in the role. But the simple fact remains, Mujica is not the long term closer and is basically a one pitch pitcher whose ERA vastly outperformed his FIP and xFIP. The 2nd player in Rosenthal’s way is one that didn’t pitch in 2013, Jason Motte. Motte has the potential to be a solid closer in 2014 (and I could even advocate stashing him for next year) but with elbow injuries it’s hard to predict how fast and how reliable pitchers will be when they return. At the end of the day I can see many avenues for Rosenthal to become the Cardinals 2014 closer and become an absolute fantasy force for your team.

Mariano Rivera dominated 2013 in what is his final season in the MLB but Robertson’s peripheral numbers were actually better. With some experience in the closers role already under his belt and an elite career as a RP Robertson should easily emerge as the Yankees closer next year with tons of value. He really should be owned in every keeper league heading into the offseason this year. Expect big things from him next year as he piles up the saves, keeps the ERA low and owns a 10K/9.

During spring training 2013 the hope was Rondon would run with the Tigers closer gig, unfortunately for Rondon his lack of control made that reality impossible. With Joaquin Benoit entering free agency after this year the Tigers will again be looking at Rondon to step into the role. Armed with an immense fastball Rondon profiles perfectly as a closer, add that with the fact that he made solid strides in his control during 2013, trimming his walk rate to a 3.45/9 IP, and he looks ready to claim the closers chair. If you are in a super deep league and need a closer lottery ticket Rondon could very well be your man. 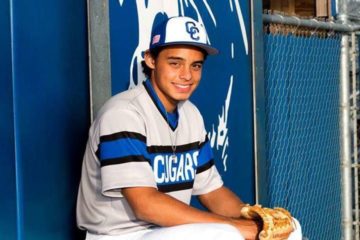 The Dynasty Guru’s Relief Pitchers to Target in 2021