As the MLB enters the grind that is the month of August, dynasty leaguers begin to face reality about the fate of their teams.  Some teams will load up for that playoff push while others will turn their attention to the future and the promise of tomorrow.  A sharp owner can actually do both by identifying players that are currently being undervalued in this great game.  I give you exhibit A: Jonathan Lucroy.

Jonathan Lucroy has quietly become the one of top offensive catchers in the baseball.  His 16 homers rank second among qualified catchers behind only the batting average challenged JP Arencibia.  He also ranks 2nd in slugging, and 4th in batting average.

Coming into this year, Lucroy had been a part-time player, exceeding 400 at bats only once in his career.   All signs now point to arrival as a 150 game catcher.  His K% is down almost a full 2% from last year, and checks in at 10.9%.  His defense, which was questioned as he worked his way up Milwaukee’s system, has improved to the point where he has become one of the leagues best at catcher framing according to Baseball Prospectus.  He may also have additional growth as his .273 BABIP is both below league average, and below his career norm.

Lucroy struggled against right-handed pitching as a rookie, batting .241 with virtually no power.  That number increased to .259 in 2011, .292 in 2012 and .271 this year.  While it is likely that 2012 was an outlier, the growth is evident and the utility of his hit tool has allowed his power to play to the tune of a .210 ISO in 2013.  He now shows no discernible splits, which combined with his improved defense, should allow his bat to stay in the lineup on a full time basis.

The (usually) stacked Brewers lineup along with park effects and his contract (a five year deal he signed through 2016) will ensure that Lucroy continues to benefit from all that Miller Park has to offer.  Lucroy turned 27 in June, so the next two and half seasons could very well be the best of his career if he follows a typical career arc.  This year, he has already set career highs in homers, RBI’s, doubles, and triples.  He is quietly on place for a stealth 23hr 85rbi season as the cleanup hitter for the Brewers.

Lucroy has also been relatively healthy over his career.  He has been placed on the disabled list only twice for separate hand injuries.  One of which was of the freak accident variety.

I would currently rank Lucroy as the #4 overall catcher for dynasty purposes.  For me, he sits comfortably in the second tier of catchers behind only Posey, Mauer, and Molina.  I believe the perception is that he is performing beyond his skill level, but I feel that he has established a new baseline level of performance.  His .235 average in April is still suppressing his seasonal stat line enough to where he could be had in trades at a much lower cost than the catchers ahead of him.  In my fantasy leagues, he has been added and dropped multiple times.  I was unable to capitalize to this point due to waiver order and lack of FAAB dollars.  In those same leagues, his owners are deploying him in a Utility spot or platoon option off the bench as opposed to their #1 catcher.  To me, that is a big flashing neon sign that it is time to pounce. 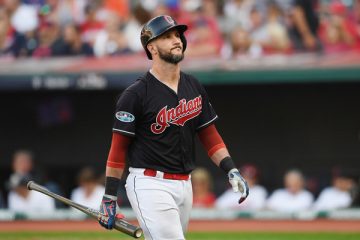 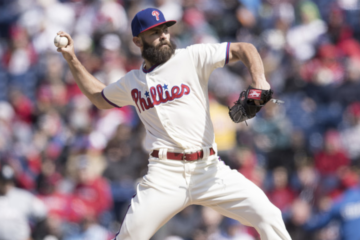 Checking in on the Late Signees