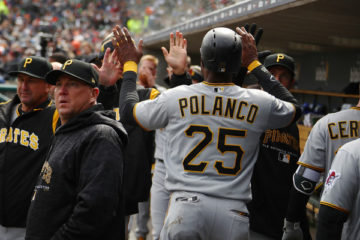 Part of the April ritual for fantasy baseball owners is to jump on early season breakouts and then hope and pray that the statistics you’re seeing (which I call “the symptoms”) are real. While our community at large has gotten much better at diagnosing the root cause of the symptoms,

The Boys are back! Patrick comes crawling back to us this week, and Keaton & Ian begrudgingly let him back in. The guys go over news and notes, live-action reactions and answer listener questions. Suggested Talking Points: Patrick is resurrected; Patrick teaches us about scouts; “More like Franklin BAErreto”- Ian, probably;

http://www.blogtalkradio.com/thedynastygurupodcast/2018/02/26/the-dynasty-guru-podcast-episode-24-shortstop-rankings-and-listener-questions The Baseball Boys are back! First half: the guys talk about the Rays and their recent moves, the Red Sox and the JD Martinez signing, and Eric Hosmer’s deal in San Diego. Second half: the guys break down the shortstop rankings: Keaton has angry Jean Segura takes and Patrick 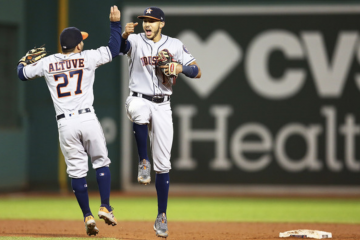 The Other Story: Eugenio Suarez

Everywhere you look right now when discussing power hitting shortstops, all you see is Trevor Story, and it’s certainly understandable. But in Cincinnati, Eugenio Suarez is having himself quite a start in his own right, and it’s worth diving into a little bit. Suarez came into the season atop many

What Player Raises His Stock The Most In 2016?

I am a believer that the single most important aspect of keeping a dynasty team competitive is the ability to recognize when a player’s value is on the verge of increasing rapidly and being able to acquire that player at a minimal cost before it is too late. My initial thought was to

Prospecting in dynasty leagues can be one of the most challenging and frustrating parts of fantasy baseball.  But, it’s also one of the most rewarding experiences when things go right.  There’s no better feeling than uncovering a hidden gem that never appeared on a prospect list; having them go from

Over the last several weeks, we have identified catchers, first basemen, and second basemen who have the potential to contribute to three or more hitting categories. Today we continue our quest to build a balanced team and turn to the third basemen and shortstops. As a reminder on the methodology

63.6k Views By The Dynasty Guru

49.8k Views By The Dynasty Guru

42.1k Views By The Dynasty Guru