TDG Roundtable: The One Where We Analyze a Bunch of Trade Deadline Moves

This year’s trade deadline was filled with excitement, and that’s not just because it coincided with the release of Tenet. Moves were made, and these moves of course have dynasty league implications. In this collaborative article, we at The Dynasty Guru make it our business to analyze said implications. Note:

WELCOME BACK!!! Despite a scorching hot stove (I can’t believe the player you’re thinking of did or did not sign with the team you thought they would!), January and February can be some of the darkest months of the year (figuratively and literally, moreso for you Astros and Sawks fans

Click Here To Listen Keaton, Shelly and Jake are on hand to review the week that was, unroll a new segment called The Batting Order, hit the prospect stock exchange, pick a Top Podspect and close out with some listener Q’s Transactions: Nick Kingham (5:20) Chris Paddack (6:55) Jordan Yamamoto 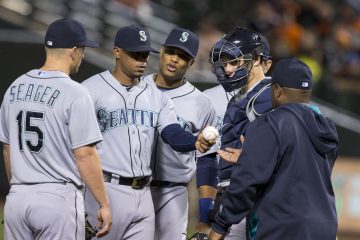 For an explanation of league rules, see the introductory post. After a quiet week 2, the Way Too Deep league had a busy FAAB this weekend. There were no real big-money picks, but owners made a number of interesting mid-sized bets, and a ton of low-cost picks. I’m dealing with

63.4k Views By The Dynasty Guru

TDG Roundtable: The One Where We Analyze a Bunch of Trade Deadline Moves