Keaton and Jake discuss the top 600 with resident rankings guru Jesse Roche. To all the fans of the pod, please rate and review us on your iTunes or Stitcher app. Every bit helps! League Transactions Josh Donaldson to Atlanta (3:00) CJ Cron, Tampa Bay/Minnesota (4:30) James Paxton traded to

Episode 57:  The Doctor Is In! Producer’s note:  This is one of the most interesting fantasy baseball podcasts I have ever heard! On today’s episode, our fearless fantasy gurus analyze and discuss some of the most notable injuries with Dr. Mike Tanner! Dr. Tanner has treated patients with orthopedic injuries for 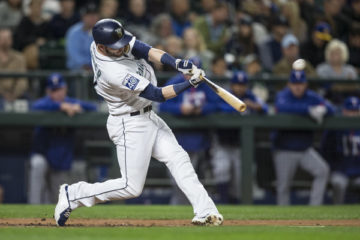 Everybody loves a good prodigy. The Bryce Harper/Aaron Judge types that burst onto the scene or the palpable buzz surrounding hot prospects like Ronald Acuna. Those players are splashy and exciting, fun to own and to watch play baseball. Their aura is so loud that there’s no debate about whether

The King Of Leone

There were no lofty expectations when Dominic Leone, an undersized right-hander from Clemson, was selected in the 16th round of the 2012 MLB Draft. The minors are littered with freshly squeezed collegiate starters who fit Leone’s profile to a tee. The harsh reality is that most of them don’t ever

I’m all about originality when it comes to column ideas. For example, shortly after the Home Run Derby, I asked you which prospects you thought would some day win that exhibition. After Dylan Bundy got hurt, I deftly explored what Dylan Bundy’s injury meant for fantasy owners. And now, with

Up the Middle: Nick Franklin

Nothing gets me jazzed like an HBO free preview weekend. It’s the perfect mix of my love for movies and my desire not to pay for them. So I was pumped to find out that this past weekend there would be not only an HBO freebie but also a Cinemax