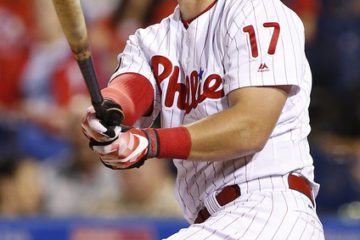 How Good is Rhys Hoskins?

I’m not writing about Rhys Hoskins today because he is an unknown gem, because he will be cheap to acquire, or because he is under-owned. The Phillies’ outfielder is very well-known after he exploded onto the scene last year by blasting 18 home runs during an amazing 50 game stretch.

Aaron Nola was selected by the Phillies in the first round (seventh overall) of the 2014 draft, and immediately breezed through the minor leagues. As a polished college prospect, the Phillies were aggressive with Nola’s development. The right-hander never saw competition below High A. All told, he spent 164.2 innings

Ken Giles was a virtual unknown in the fantasy baseball universe at this time one year ago. He wasn’t on any top prospect lists and aside from the fact that we knew had a live arm, the odds of him putting it all together and making an impact in the