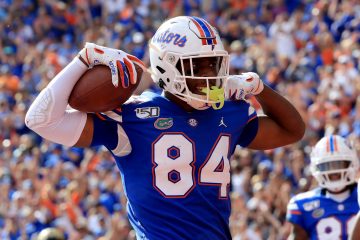 The number one in this group is the wildly talented Kyle Pitts. But the rest of the tight end group this year does offer other intriguing prospects who could be nice contributors in the NFL.       Kyle Pitts (Florida) – A match-up nightmare for defensive coordinators in the SEC