With rumored changes of higher velocity and a better curve, has Steven Matz improved his skillset, and by extension his fantasy value? 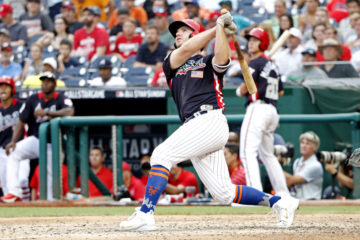 Pete Alonso is for real

From the moment Pete Alonso’s sixth major league home run splash landed in Atlanta, he’s been on the national radar.

Episode 57:  The Doctor Is In! Producer’s note:  This is one of the most interesting fantasy baseball podcasts I have ever heard! On today’s episode, our fearless fantasy gurus analyze and discuss some of the most notable injuries with Dr. Mike Tanner! Dr. Tanner has treated patients with orthopedic injuries for 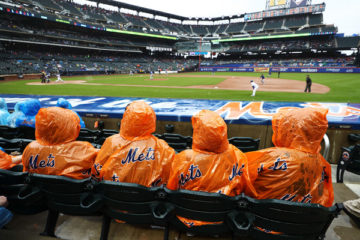 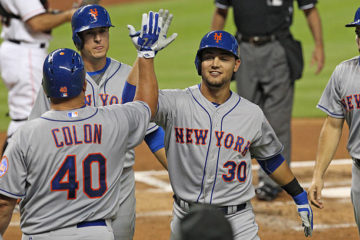 There’s a difference between patience and stubbornness. They say patience is a virtue. Patience, grasshopper, good things come to those who wait. It’s easy to say that we should all be a little more patient. But when it comes to the decision-making process for dynasty leagues, it sometimes feels like

Up the Middle: Eric Young Jr.

I admit I get wrapped up in the winter meetings. Before they even started, a big time second baseman named Robinson Cano was already spoken for. I could talk about the ramifications there, but I think it’s been covered. Instead, I’m going to go out on a sturdy limb based

One of the more important positions to fill in your fantasy lineup is, of course, first base. We all know this. It’s an offense-first (and specifically a power-first) position, with 7 of the top 25 hitters in 2013 per ESPN’s player rater holding eligibility. In an era of declining offensive