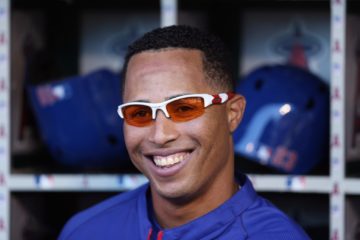 Fast forward to the end of last month, and Martin is the second most-improved hitter in all of baseball. He ranks in the top 100 hitters in wOBA now after ranking in the bottom 6 last year, and if you think he is getting lucky, well he is actually getting fairly un-lucky, ranking 36th (!!!) overall with a .388 xWOBA. 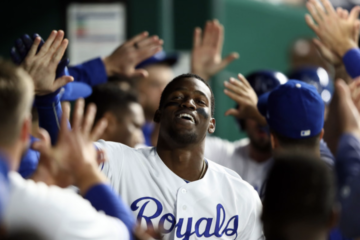 In my time writing about fantasy baseball, I have found that one of the more exciting topics can be post-hype prospects. Part of my year-to-year evaluations for fantasy is taking a look and finding which high-ceiling players I can find for good value. When discussing some post-hype sleepers this offseason,

As we start to approach trading deadline season owners will have some hard choices to make about how they choose to attack the homestretch. Let’s take a look at a handful of players who’ve provided mixed messages over the first half of the season and see if we can’t figure

For the TDGX, providence (and a small accounting error) brought Andy Barnes and I together to co-manage a franchise in the league. The devious, entertaining bidding system gave us the 16th pick. And G-talk has given us a 16-man nucleus on which we continue to build. To be honest, we

Read More
Ben Carsley
UncategorizedWhat To Do About...

Shuffling the Deck: Post-Prospects in the AL West

And so our tour of the Junior Circuit comes to an end with the AL West. In this edition, I don’t have to write about David Lough. Life is good. Houston Astros: Robbie Grossman, OF I think Jonathan Villar is the best post-prospect candidate on Houston’s roster, but I’ve written

With the season winding down, waiver wire scouring has hit a fever pitch, with dynasty league owners looking to set up a run in in 2014. Here’s a list of potentially available outfielders from American League teams who could help your team.  Some could even help out your team for

As a prospect writer, I’m wrong on the World Wide Web all the time. “Casey Kelly makes a smart late-round pick this year,” I will write one week before we lose him to injury. “Adam Eaton can grab you 30 cheap steals,” I opine before his elbow acts up. “Devin