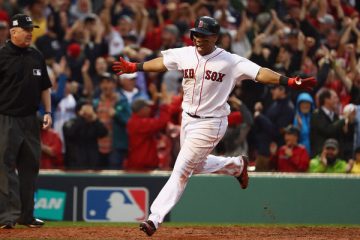 Back at the outset of the season our Great Leader Bret had all of us here at Dynasty Guru jot down some bold predictions for the season. You can find my original list with context and argument here. Then I checked in on how things were progressing in June, and

Read More
Nick Doran
GeneralWhat To Do About...

Ace Pitchers Shot Down in Flames, Time to Panic?

This young season we are seeing a lot of top pitchers get off to terrible starts. Its scary as Hell when your ace pitcher’s stat line is as bloody as a scene from a Quentin Tarantino movie. Stephen Strasburg, R.A. Dickey and Danny Salazar may be crushing your team’s championship hopes, but at

Let’s just cut right to the chase here, because I’m jonesing to unleash these lil’ jewels on the world. 1. LaTroy Hawkins will lead the Rockies in Saves Yesssss. We’re starting with a bang, baby. Rex Brothers spent the entire offseason as the sexy pick to take over for the

Wil Myers took home the American League Rookie of the Year award in predictable fashion, giving the Tampa Bay Rays three ROYs in the past six years. Evan Longoria won the award in 2008, and Jeremy Hellickson followed suit in 2011. Hellickson went 13-10 in 29 starts that season, posting

There are nearly a million ways to construct a starting staff for your dynasty league team. However, I cannot stress how important it is (especially for starting pitchers) to know your league’s scoring system inside and out. The rankings you’ll find below are for a standard 5×5 rotisserie league, but