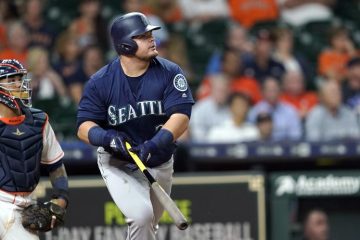 On Friday, Keaton detailed his All-Breakout Squad, reviewing players he thinks will outperform their recent production. Admittedly, I am totally stealing his idea, detailing lesser-known potential impact prospects. While none of these prospects rank highly, each of these prospects could make significant noise in the majors this year. Catcher Eric Haase, Cleveland Indians