As the dog days of summer turn to the heat of the pennant races, not to mention the quickly approaching end of the minor league season and several callups of top prospects, we present a late-season update of the Top 200 Prospect Rankings! While there are likely some ranks you

What a flurry of deals last week at the trade deadline! TDG team is here to introduce you to some of the prospects moved, and in some cases talk a bit about how their value is affected. Prospects traded to American League teams was published earlier this week – We

For your post-trade deadline reading pleasure, the Dynasty Guru proudly presents the Consensus Top 500 Dynasty Rankings for AVG Leagues! For this mid-season update, we have three guru’s combining their opinions to create this list – Ken Balderston (@KenInToronto), Brett Cook (@beautyofgrace32), and Chris Knock (@notnotcknock). They assumed a 15-team,

Hey everybody, your friendly neighborhood dynasty dad here. Thank you as always for tuning in for some more Top-500 OBP list action! A few notes and various housekeeping items before we dive right in this time, in list form, as is my right: The list is now a Saves + 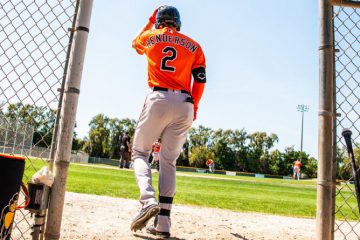 In this series, we highlight interesting high rising prospects, from the well-known to the lesser-known, based on our Peak Major League Equivalency projections.  Our approach is based entirely on statistical and trend analysis and we have developed an assortment of tools that can help you make dynasty baseball decisions. To