The Triple Play is back for a fourth season! This regular feature is broken down by writer Phil Barrington. He joined by a rotating panel of some of the best Dynasty Baseball writers in the business. If you’re new to the Triple Play, this series breaks down an arm, a

Congrats, everyone! You made it to the break! For everyone out there struggling through the grind of a 162-game season: we see you. And please know that you are more than your dynasty baseball team standings. At least, that’s what I tell myself. In any case, below are the consensus 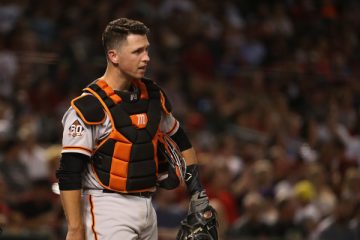 Your senior dynasty analysts soldier the second season of the Triple Play (sometimes Double Play)! The regular feature breaks down an arm, a bat, and a prospect within each organization for your reading pleasure! Listen to Keaton (@TheSpokenKeats), on the Dynasty’s Child podcast and read Bob’s (@BobOsgood15) and Merk’s analysis

Everyone loves a downer at the party right? We just passed the halfway point of the season and now is a great time to reflect on the performances that have frustrated fantasy owners the most this season. I had more fun than I should have putting this article together last

Hello fellow baseball people of the world! For access to the pod, click here. This weeks episode breaks down the TDG catcher rankings!  We are bringing the commesurate amount of energy needed and deserved for catchers in this episode! For those interested, you can access all of our dynasty rankings