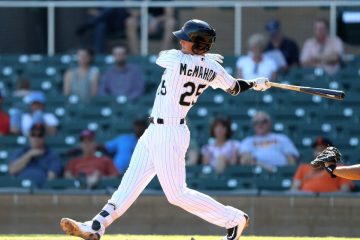 After taking a look at 10 post-hype hitters for 2016, I’ll continue with ten post-hype pitchers to targeting. All of these arms make for solid picks in the later rounds, or names to keep an eye on if they go undrafted. Although the success rate for these players is lower

For dynasty leaguers, the offseason presents an excellent opportunity to acquire under-the-radar players before the fantasy pundits reveal their sleeper lists for the upcoming season. During the winter months, players can be improperly valued by your leaguemates for a variety of reasons, including poor surface stats, recency bias, and an

Readers have been sending in their dynasty/keeper league trades for almost two months now. I’ve given them my two cents and put every trade up on the site as a poll for all to see. I figured it was about time I turned the tables and let you have your