In today’s episode, Taylor and Joe invite Jake Devereaux (@devjake) onto the show to discuss the latest TDG First Base consensus rankings. They talk general takeaways, why Triston Casas could be a star, get some rankings beef of their chests, and even do a little risk assessment to help 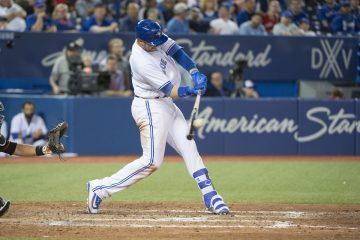 The Expectations: It is common knowledge that certain profiles of hitters are more reliant on home runs than others. For example, and generally speaking, a low average/power hitter’s home runs would make up more of said players RBIs than a slap or line drive hitter. This percentage can be seen

Last week we started this series by looking at the (few) catchers who have the potential to contribute in all five categories, and also highlighted those most likely to help out in three or four categories as well. Today we turn to the first and second basemen. As a reminder

In dynasty leagues by far one of my favorite things to do is to stockpile talent where my opponent isn’t looking for it. This strategy can be played out in many ways from researching and stashing a high ceiling prospect before he becomes mainstream to exploiting a classic dynasty league

Readers have been sending in their dynasty/keeper league trades for almost two months now. I’ve given them my two cents and put every trade up on the site as a poll for all to see. I figured it was about time I turned the tables and let you have your

We’ve been flying through this Dynasty Guru Experts League draft. Follow along on Twitter with the hashtag #TDGX, or just check back here for recaps from myself and other writers. It’s been a lot of fun and there have been a number of different strategies employed. My co-owner Paul and