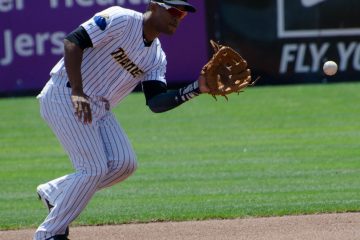 For an explanation of league rules, see the introductory post. Week 9 wasn’t a huge week in terms of the number of bids, but there were a number of interesting moves to talk about. We have a few breakout prospects, and a few standout bench/spot players. Programming note: Way Too