Deep pitching prospects are an intriguing bunch. Likely you’ve heard the phrase TINSTAAPP – There’s No Such Thing As A Pitching Prospect. If this is the first time you’ve heard it, the phrase exists due to the finicky nature in which all pitchers (not just prospects) live. The most glaring aspect is injury risk. It should be of no surprise that throwing a baseball at max effort 100+ times in the span of 2 hours is hard on your arm.

While you should exercise caution with rostering minor league pitchers, pitching prospects do exist. Where they get risky is acquiring them at whatever is deemed fair market value. I want to dive into a pitcher whose value is on the rise and explain why he’s even more valuable than his market value.

The first thing I identify with lower-ranked pitching prospects is their proximity to the big leagues. If I find someone in an advanced MiLB league who’s been successful to boot, then I get excited.  Graham Ashcraft received a decent amount of notoriety last year during a ridiculous 44 inning scoreless streak that spanned both High-A and Double-A levels. It’s a far cry from Hershiser’s 59 major league inning streak but it is definitely notable.

During the streak, he struck out 10 batters in one High-A game, and in his first Double-A appearance he threw a 9 inning shut out. Ashcraft threw a total of 72.1 innings at the higher level and struck out batters at a 25.3% rate while there. In addition to the strikeouts, he induced groundballs more than 60% of the time at the same level. When examining lesser-known pitchers, that high K-rate and excellent GB% is a great combination to look for.

After spending the majority of last year in Double-A, it’s entirely possible he gets a call to the Majors this year. The Reds already extended an invite to their big league camp, whenever it actually happens.  And, pending no eligibility changes with a new Collective Bargaining Agreement, he is Rule 5 eligible this upcoming December.

After identifying a successful pitcher who’s in the upper levels of the minors, I start digging more into the publicly available scouting reports and any video clips I can find as well. I compare those with the statistics to see what is making this pitcher successful and how translatable it is to the Majors.

In Ashcraft’s case, he’s built like a workhorse pitcher – 6’2”, 240 pounds. He has a plus fastball that can touch 100 MPH.  He’s thrown a slider since college that he can command well. During the 2020 MiLB hiatus, he added a plus curveball that really helped him get whiffs, evident by his high strike-out rates last year. Having 2 offerings with plus grades is excellent, and a third helps underline that his strike-out numbers are legit. His command can be suspect, shown via his 8.2% BB-rate in Double-A. This is far from terrible but does have room to improve.

Lastly, when talking about Minors-to-Majors translation, I don’t want to gloss over that excellent GB-Rate of 60.5%. If Ashcraft does make it to Great American Ballpark this year, the more whiffs he gets and the more grounders he throws will equate to much higher success.  Really that’s the case everywhere, but in a homer-happy park such as GAB it’s even more supportive of him finding future fantasy success. While I am not often reaching on Shane Baz’s and Grayson Rodriguez types, I do love to draft the Graham Ashcraft’s. There’s still plenty of fantasy potential this deep in the pool, and it won’t cost you a surgically repaired arm and a leg to acquire.

Chris is a father of two kids and husband of one wife. His next loves are baseball and whatever seasonal beer you have on tap. He's played fantasy baseball for almost 20 years and is excited to share his relatively educated opinions! 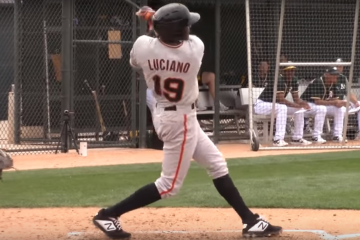