For me it always starts with one thing when someone is named Daulton: round house kicks to the chin by Patty Swayze in Roadhouse. That’s completely what I am expecting out of the hybrid Catcher/Outfielder Daulton Varsho next year. In 2021, Varsho toed the Mendoza Line for the majority of the season until the later parts of August where he saw his batting average shoot from .197 on August 10th to .246 by October 3rd. I’m preaching growth with Varsho as he wound up with a final stat line of .246 AVG, .318 OBP, .437 SLG, .755 OPS, 17 doubles, 2 triples, 11 Home Runs, 38 RBI and 6 Stolen Bases. Not all that appetizing yet, but when compared to his career slash line in the minors of .302/.372/.527 (good for a .899 OPS) with 46 Home Runs and 49 Stolen Bases over 4 years, it’s clear the hitting potential and speed is there. It’s unclear how much he will be playing catcher, but he will be eligible, and Carson Kelly shouldn’t be a massive road block long-term. Plus he has the ever-important positional swapping power to the outfield. Look for a Batting Average in the .260’s with Home Runs approaching 20 and Stolen Bases in the teens. I’m jumping on the rocket ship with Daulton, the question is: who’s coming with me? (Brian Shanks)

Okay, okay, okay, everyone settle down, quit throwing things at me and hear me out. Joey Bart is not the next best thing at catcher in San Francisco. In 2020, Bart got a call-up to the majors because Buster Posey opted out and in 111 at bats he struck out 41 times (37 percent) and only walked 3 times, while hitting .233 with no Home Runs (with power being his calling card). 2021 saw Bart in Triple-A and his numbers looked very strong to the tune of .294/.348/.512 with 10 homeruns. I like those numbers, but when they are coupled with a 32 percent strikeout rate I start to cringe especially in the hitters-haven Pacific Coast League. If there was improvement on the free swinging approach from year-to-year I could look past it, but it’s starting to look like that is just what he is and that he will always struggle with the zone, leading me to believe that his potential may be capped. This is not to say that I think Joey Bart can’t be a productive Major League catcher, I am just quite a bit lower on him than most. I would much rather use him as a bargaining chip in a trade rather than go through the frustration of watching him strikeout every other at bat. (Brian Shanks)

I wrote off Sal Perez in 2019 after he tore his ACL. A torn ACL as a catcher closing in on 30 just didn’t add up to me and all he’s done since then is turn in the two best seasons of his career in 2020 and 2021 posting wRC+ of 162 and 127 respectively. In truth, Perez has been a riser in our ranks for the last three seasons but I just wasn’t ready to buy it but I think it’s undeniable now he is one of the best offensive catchers in the league even as he gets older. At a position that’s getting riper and riper with young talent, Perez has now solidified himself as old reliable and there is always room for those in dynasty. How much longer can Perez keep this going is obviously the question and the answer is probably longer than you think. Taking a peek at his stat cast sheet, Perez has been making steady gains on his exit velocity over a number of years and it escalated after his knee surgery. Sustaining how consistently hard he’s hitting the ball is something he should be able to manage, and paired with his stable elite launch angle, the offensive production from Perez should remain at a high level and be coveted at catcher for as long as he remains at the position. (Keaton O. DeRocher)

Christian Vazquez was the prime example of the juiced ball benefactor. On the Dynasty’s Child podcast we talked about him a lot as someone to watch when things swung back the other way with the ball and that’s what happened in 2021. With the juiced ball, Vazquez had a dominant offensive season as it added 15-20 feet to his average flyball distance turning his flyball outs into homers. Once the juiced ball went away, those homers went back to outs and everything regressed back to his pre-juiced ball numbers. His exit velocity fell three miles an hour, his barrel rate dropped three percent, his hard-hit rate dropped over ten percent all back in line with their pre-juiced ball numbers and the rest of his batting line followed. Vazquez totaled 6 homers on the year, a far cry from the 24 that put him on the fantasy map in 2019. The only thing that actually increased was, miraculously, his steals. If you’re curious if MLB goes back to a juiced ball or not watching Vazquez can be a quick way to spot it, however, if they’re staying away from a juiced ball, there’s not much Vazquez offers from a fantasy perspective. (Keaton O. DeRocher) 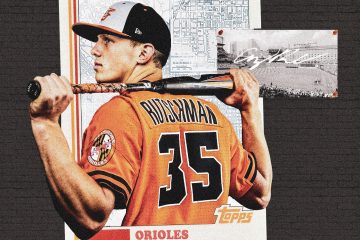 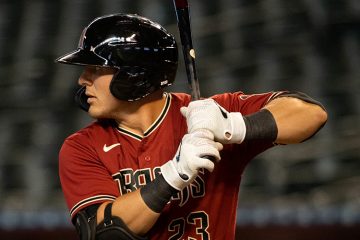