If you find yourself in a pickle at quarterback for week 3 or are looking for other favorable matchups at the position. Let’s take a look at three quarterbacks who are very available in most leagues and will have positive matchups. 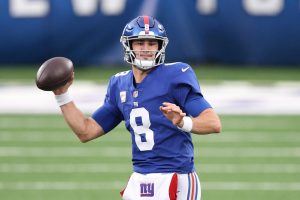 Sometimes fantasy football isn’t sexy and but plus matchups are a manager’s best friend. The Falcons have been really bad on defense giving up 80 points in two weeks! Atlanta has been torched so far and Jones right now is the 5th best QB in fantasy points per game at just over 25. Also, Jones has the third most quarterback rushing yards with 122 only behind Lamar Jackson and Jalen Hurts. With the Giants’ offensive line taking a beating Jones will more than likely have to continue to trust his legs to make plays and with the early season emergence of Sterling Shepard the Giants should not have an issue moving the ball. 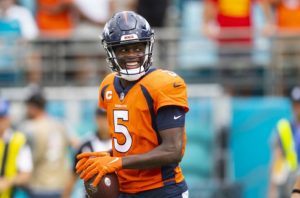 It’s not really a shock this year that the Jets are not good again. But a little more of a shock is that Teddy Bridgewater has been off to a really good start. In the first two games on the road, Teddy has thrown for a combined 592 yards and 4 touchdowns while completing 77.1% of his throws. Bridgewater is averaging 8.5 yards per attempt that ranks him in the top 11 of quarterbacks through two weeks and the Jets are giving up 22 points per game to this point while also allowing 214.5 passing yards a game. The combination of returning to mile high and a beat-up Jets team on the road should inspire confidence for fantasy managers to cross the bridge with Teddy. 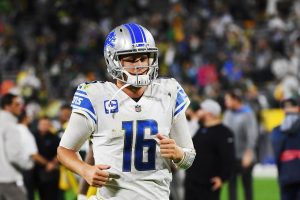 Jared Goff is currently ahead of Josh Allen, Dak Prescott, and Aaron Rodgers in scoring at the quarterback position. Of course, it’s early but the Lions have let Goff sling it the first two weeks and is tied with Derek Carr for the league lead in passing attempts with 93. Goff has thrown a combined 5 touchdowns just one behind Patrick Mahomes and Russell Wilson. The Ravens come to Detriot this week and after losing Marcus Peters Baltimore has been very vulnerable in the passing game giving up a league-leading 376 passing yards per game and 34 points per game. Baltimore has been really tough against the run only giving up 72 yards per game so Goff will have a great opportunity to air it out again against the Ravens this week.