Congrats, everyone! You made it to the break! For everyone out there struggling through the grind of a 162-game season: we see you. And please know that you are more than your dynasty baseball team standings.

At least, that’s what I tell myself.

In any case, below are the consensus Top 500 OBP-League Dynasty Rankings compiled by Taylor Case (@TCasesLoaded) and Joe Garino (@joegarino). We made it, Ma!

Now, full disclosure time. We definitely did not know what we were getting into when we signed up for this. Nor did Keaton tell us. Do I resent him for that? Sure I do! But I also know he’s a mad scientist*, and deep down, I know he cares for us**. So while I blame him for the hours upon hours of sleepless nights and the endless spreadsheet dreams when sleep eventually did come, I appreciate the wisdom in throwing us in the deep end. In fact, the bitterness was often the only thing that fueled me, way-too-late at night, when the coffee had run dry and the east coast fantasy types were just starting to get out of their beds, eager to take on the wild-west hellscape that is fantasy baseball twitter.

All kidding aside, I had a ton of fun putting this Top-500 list together. It’s provided endless conversations on the Join The Ranks pod, caused many a debate with various league-mates, and has honestly made me a better fantasy baseball manager in general. The end result of our tinkering really is a damn fine list, in my opinion. Will you agree with every player’s rank? Surely not. Are you going to be nice about it? Well, I hope so. The reality is that this is a subjective exercise. And while Joe and I do our best to be neutral and provide up-to-date rankings, we all carry previous biases about certain players that can be difficult to overcome.

As with Keaton, Jordan, and Shelly’s Top-500 Rankings, this one is also based on a 15-team, 5×5 Roto league with a keep-forever format and daily lineup changes. The only difference is that Joe and I swap in OBP for AVG. The rankings also assume a 1-catcher league with a medium-depth minor league system. A couple things to keep in mind as well as you peruse:

I sincerely hope you enjoy the list. If it helps you make a single dynasty decision on your way to victory, so much the better. Please feel free to reach out to me or Joe on Twitter to discuss our process or if you have specific questions about any players.

Good luck the rest of the way.

*Keaton is actually a good dude and you should follow him on Twitter (@TheSpokenKeats) for more dynasty baseball and Red Sox action.

**I solemnly swear he didn’t make me put this part in. 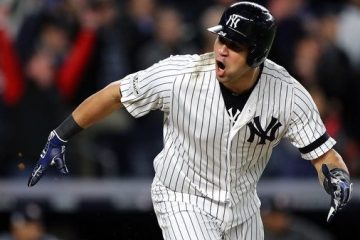