Taylor (@TCasesLoaded) and Joe (@JoeGarino) are back to chat about some recent fantasy trades they’ve made before diving into rankings talk this week. Specifically, they preview players who they think have warranted significant rankings shifts as we approach the halfway mark of the season, whether it’s due to a stats surge, sticky stuff crackdowns, or whatever else.

Tune in and send us a 5-star review if you can!

Intro and Outro: One Fine Day by Keep Calm and Podcast On (Podcast.co) 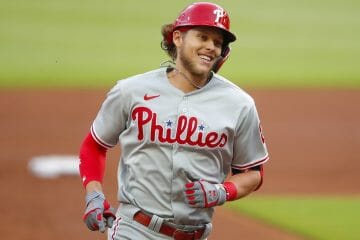