This is a companion piece to our annual Top Dynasty League Relief Pitching series. The opinions below are my own and do not reflect the TDG consensus. Each of these players has fans among my colleagues.

As I said about Starting Pitchers, Relief pitchers’ rankings and whether or not to target or avoid them is entirely league dependent. With that being said, I never target any relief pitchers, regardless of the type of league, early on in any drafts. If the league is only Saves, then I may target a closer or two around the 10th round of 12-team leagues. In Dynasty leagues, it is better to monitor the waiver wire or trade for saves if really necessary (that is what you have prospects for!). For annual leagues, the way I attack drafting closers is to tier them, and then try to grab one closer from each tier, starting with the second tier, usually in a 12-team league diving in at around round eight or so and taking a closer every few rounds. Taking a quality setup man, even in Saves-only leagues, can pay off as well, but only in the final rounds.

Saves + Holds leagues have become more prevalent in leagues, and if that is the case, avoid all the top relief pitchers. There will be so many relief pitchers available that can garner holds for your team that there is no need to focus on saves at all. Since most rankings you will read concentrate on closers earning saves, many of these middle relievers will fall to the end of drafts or hit the waiver wire. Last season, 15 pitchers had 9 or more holds, and half of those had ERA’s under three, and 12 with ERA’s under four. The half that had 9+ holds and an ERA under three are: Jake Diekman, Tyler Duffey, Tony Watson, Drew Pomeranz, Shane Greene, Devin Williams, and Tanner Railey. None of these guys were drafted in most leagues last season, yet provided excellent statistics for their managers in 2020. Will it be these guys again? Of course not; Diekman and Pomeranz have graduated to closers, and there will be a new group of Relief pitchers that collect holds with low ERA to boot; just be on the lookout early on in the season, and in Saves + Holds leagues you will be fine.

The best example of a reliever who was on the waiver wire in most leagues last season is Devin Williams. Did you and I love adding him in leagues and watching him dominate? Of course, but if the current ADP is 162, before starters like Mike Soroka, Aaron Civale, Tyler Mahle, Andrew Heaney, among others, then he can get great stats in the 50+ innings he pitches on another team. One final thing to think about when drafting relievers: what are you giving up for 50-75 innings of good-great pitching? So with all of that being said (and I know, it was a lot) these are the closers I am definitely, in no way, shape or form drafting at their current ADPs (from NFBC for 2021 as of this writing):

*(In parenthesis to follow is their current Pitcher ADP Rank, overall ADP, and players I would rather have going within ten or fewer picks after them in drafts):

A new team and a fresh, big-money contract, equates to overvalue in drafts, most times. Hendriks did have a bomb 2020 following up a really good 2019 and nothing in his profile screams that he cannot be as good again, but counting on three seasons of a sub 2 ERA is not something to bet on with a high pick. (24 P, 67 ADP overall, Gleybar Torres, Michael Conforto, Javy Baez could instead be yours).

A positive Covid test kept Chapman out of much of 2020, so it’s hard to judge the season based on 16.1 innings between the regular season and post-season. Chapman pitched well in any event, striking out nearly two batters an inning with a combined ERA under 3. Chapman will be 33 years old at the end of February and has lost 2 mph on his fastball since 2017 (from 100 average to 98); he should still rack up saves. (29 P, 77 overall, Lourdes Gurriel, Ketel Marte).

Young stud fireballers can be fun to watch and sometimes even rack up saves on bad teams to boot…I am just not betting on it. Also, walks have been and are an issue for him, so be somewhat leery. (39 P, 109 overall, Matt Chapman, Dylan Moore, Chris Paddack).

That Jansen is still being drafted this highly when he pitched so poorly in the post-season and toward the end of 2020, and has been on a decline for the last few seasons, is odd. Highly suggest that he be passed over and let another team worry about a closer who has not had an ERA under 3 in three seasons (to be fair it was 3.01 in 2018). Hard pass. (50 P, 135 overall, Joe Musgrove, Patrick Corbin, Ramon Laureano). 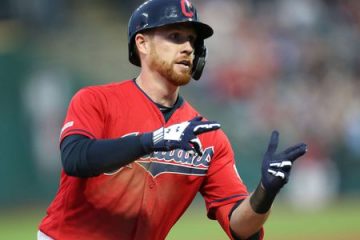