Follow Bob (@BobOsgood15) and Paul (@3cardmonte13) on twitter and read their analysis, as well as Dillon Vita, here at the site!

We have reached the middle of May and we are still without baseball. The draft will happen in June but it will be severely reduced by only having five rounds. Players and owners are bickering over money and it looks like the best-case scenario for 2020 would be 82 games. I’m not sure how your leagues are proceeding with the shortened season. Some of my leagues have been canceled, some will try to push through with an abbreviated season. One thing is for sure, it will not be the same. Two months ago when the season was suspended the Houston Astros were leading the league in publicity and hatred. They may benefit from this shutdown more than anyone as fans will not be in the park to heckle them endlessly. There were discounts on most Astros during the draft season as the narrative that they would struggle without their cameras, garbage cans, and the previously mentioned fans.

One player could benefit even more from the shutdown and that would be 26-year-old Lance McCullers Jr. The 2018 playoffs were the last time that McCullers threw a pitch in the major leagues, undergoing Tommy John surgery and missing all of the 2019 season. There would have been an innings limit on him in 2020 as he worked his way back from the layoff, but with a shortened season that may not come into play at all. The innings limit was factored in as you drafted this year, but unless you were in a startup dynasty league it didn’t affect your decision making. McCullers is still a big risk for 2020 if the control does not come back quickly. It could be very harmful to your team if it takes him 5-10 starts to adjust as with an 82-game season that would be half of his expected starts if he pitched every turn in the rotation.

I’ll give it one more Lance

Long term the outlook is still bright. McCullers has a very different profile than most starters as he throws his hammer curveball more than any other pitch. The curve, which he threw 46% of the time in 2018 was a full 10% more than his sinker. When he entered the league in 2015 at just 21-years-old that was not the case. He featured a 4-seam fastball that he threw 51.9% of the time. As the years passed the 4-seam was scrapped completely (thrown 0.9% in 2018) and was replaced by a sinker. The change led to a reduced walk rate in both 2017 and 2018 and he was still able to maintain a K% of 26.9%.

I held McCullers in all my leagues and continue to be a fan. He has the pedigree as the son of a former major leaguer and a first-round pick out of high school. Durability is the biggest question mark for me, he has combined for 157.2 innings in 2015, but his MLB high was set in 2018 with 128.1. Two months ago 2020 was a throwaway season for McCullers Jr., as an owner, you hoped he could knock the rust off and provide some help as the season was winding down if we were lucky. Now, if the rust comes off quickly and pitchers are ahead of batters at the start of 2020 he could be a valuable asset. That’s a nice bonus to have for a guy that has the stuff to be a very good pitcher in 2021 and beyond.

Love them or hate them, and in the year 2020, I believe most of you hate them, the Houston Astros juggernaut over the past three seasons has been led by several star players, all of whom have been first-round fantasy picks in recent years. Alex Bregman, Jose Altuve, Justin Verlander, Gerrit Cole, and even Carlos Correa for a brief time. Yordan Alvarez may be a year away from the same distinction. The often forgotten player, consistent year in and year out, is the MVP of the only World Series title in Astros history, George Springer. A player whose dance moves I have been trying to emulate at weddings since his 2014 rookie season.

Speaking about any Astros hitter in a positive light these days is not an easy case without getting this reply, 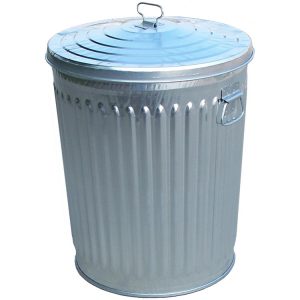 but I’ll try to do my best to avoid this topic. To start, I want to own Astros in OBP leagues with all of the revenge hit by pitches I’m expecting over the next year. (Okay, I’ll keep it serious…)

Fall Back or Spring Forward?

Starting with George Springer’s Home/Road splits, as any cheating appeared to have occurred at Home.

I highlight 2019 because, despite only playing 120 games, Springer finished the season with numbers that any fantasy owner would be pleased with from a second-round pick, even from a full 162 games. Springer also set career bests in countless Statcast categories. Finally, 2019 was not a season that the Astros were dinged for cheating, and I know that Rob Manfred would never lie to me about this.

These rankings backed up a .292/.383/.591 slash line, with 39 HR, 96 RBI, 96 Runs despite missing a whopping 40 games. While missing a quarter of the season, primarily with a hamstring injury, Springer still landed 30th on Razzball’s end of season player rater. The red includes an 83rd percentile Sprint Speed which is surprising to those who have seen Springer’s 26 SB/23 CS combined performance over the past four years but surely contributes to his above-average baserunning in the leadoff spot for Houston and the fourth most runs in all of baseball since 2016. Only Mookie Betts, Charlie Blackmon, and Francisco Lindor have scored more runs than Springer’s 426 in that time span, despite appearances on the Injured List in each of the past three seasons. Staying with the start of 2016 cutoff, Springer is also 12th in HRs, 25th in RBI, and 14th in WAR.

Entering his age-30 season, consistency has been the key with Springer for his entire career and with an ADP of around 45 in this (extended) redraft season, he is a perfect complement to some younger, upside plays in the early rounds. From a pure statistics standpoint, Springer appears to be going too low but there is some risk as he has played between 122 and 140 games the past three seasons. In dynasty, I would hold on to Springer as I expect that he has numerous quality seasons left, but it should be noted he is an unrestricted free agent entering the 2021 season. His landing spot could cause a drop in value, especially if Springer ends up on a team where he doesn’t know what pitches are coming… (Damn, I almost made it.)

Honestly, the Astros don’t have the best system. But, Bryan Abreu might be the best relief prospect in baseball. He’s up there with Karinchak, Clase, Poche, and Munoz. What’s different about Abreu is that he doesn’t really have a fastball while all these guys have quite good fastballs. He’s able to do this because his curve is ridiculous and his slider is plus, too. Long-term, the Astros might try to use him in the staff like they are with Josh James. But, honestly I don’t want this because, unless the fastball develops, he’ll only be a back-end of the rotation type of pitcher. The fastball really does have some potential, though. For instance, Fangraphs graded it as a 60/60 pitch. The issue probably is that he doesn’t have great control and the fastball relies more on control than do his curve and slider which move a bunch.

I got on board the Abreu hype-train when he came up to the bigs last year. He had a total of 8.2 IP in the bullpen, but it was a good 8.2 innings. He had a 1.04 ERA, 2.62 xERA, 1.25 FIP, 2.52 SIERA, and 0.81 WHIP. Those numbers are beautiful and just as beautiful is his 13.5 K/9. His BB/9 wasn’t even that bad for a reliever at 3.12 BB/9. It really seems that these numbers are for real, even though he wasn’t always as dominant in the minors. I believe that this is because his fastball control doesn’t allow the fastball to perform well enough to be an adequate starter and in the minors he was mainly deployed as a starter.

Clearly the baseball savant numbers are a small sample size, but they match his scouting report and watching video of him. It’s not easy to find minor league stats beyond the surface level stats, but he did have 11.86 K/9 and 14.1 SwStr that show that his strikeout stuff is for real. Now, to his numbers in the majors. The slider had a .185 xWOBA, 65.5 Whiff %, 86.6 MPH, and 2,736 Spin rate. The curve had a .101 xWOBA, 50 Whiff %, 85.3 MPH, and 2,986 Spin rate. The fastball had a .514 xWOBA, 15.8 Whiff %, 95.1 MPH, and 2,215 Spin rate. Of course, some of this will normalize. Namely, the Whiff rates. But, these are definitely numbers I’m buying in on. The velocities and spin rates really indicate that he is for real. As a reliever, he really only needs two pitches and the curve and slider are both very good. A stud reliever is a great floor and if he can figure out that fastball, he can be a really nice starter. I’m buying him in a deep league or a roto league where ratio stabilizing and high strikeout relievers have real value.

I think it’s possible that he could fix that fastball by working on his control because at 6’1’’ he isn’t too short for a starter. But, I wouldn’t factor that into the price I pay for him. I believe that he will be a very nice reliever. He should have great strikeouts, great ratios, and holds. I doubt he gets many saves since the Astros seem to love Osuna, but when his contract is up in 2022, I could see him being the heir apparent closer if his fastball and control don’t develop enough for him to become a starter. In short, I think Bryan Abreu is horribly underrated and is one of the best relief prospects in baseball and has the upside to be a starter if he develops some more or a closer if he doesn’t. If you’re looking for a cheap, stud middle reliever, Bryan Abreu is your guy. Now go watch some video of his curve because it is gorgeous.