Guys on the Rise – Matt Tabor

The Arizona Diamondbacks minor league system has dramatically improved since Mike Hazen left Boston to become the General Manager of the team. Their system is filled to the brim with exciting talent that includes Kristian Robinson, Daulton Varsho, Corbin Carroll, plus many others to list here. What is really impressive is most of their talent is pretty much at the same level. Varsho and Seth Beer are in Double-A but all of their other highly ranked prospects are in Advanced-A or Low-A. The upper tier of their prospect list is filled with hitters but they also have some talented pitching prospects. One guy to keep your eye on is Matt Tabor.

Tabor was drafted in the third round of the 2017 draft, a draft class that also included Daulton Varsho and Pavin Smith, and received an over-slot deal to sign with the Diamondbacks and pass on his commitment to Elon University. Scouts loved how much strength and size he added during his senior year. During that final year, his fastball jumped from the high eighties to the low to mid-nineties range. After being drafted, he threw 4.2 innings in the AZL before the team shut him down for the season. After a short time in extended spring training, the Diamondbacks assigned him to short-season Hillsboro. He performed well, especially keeping in mind he was only 19-years-old from a cold-weather state. He had a 3.26 ERA, 1.19 WHIP, 18.2 K%, and an impressive 5.1 BB%. Tabor has a clean, athletic delivery that he has been able to repeat well but his control might be his biggest strength.

After not having the best season in 2018, Tabor came back with a vengeance in 2019. The team assigned him to Low-A Kane County and in 95.1 innings, he had a 2.93 ERA, 1.00 WHIP, 26.8 K%, and a 4.2 BB%. Seeing someone so young with a 22.5 K-BB% in his first taste of full-season ball is very encouraging. So what changed? Well, Tabor added a wipeout slider to his arsenal. I’ve sat down and watched a few of his starts from last year and was impressed with his pitch sequencing. He would throw his fastball up and breaking balls down which would keep the batter guessing.

In a recent article by David Laurila of FanGraphs.com, Tabor said throwing a football helped in the development of his slider.

“And another big thing I’ve done is start throwing a football every single day. That’s helped my slider exponentially. In order to throw a football, to throw a spiral, you have to get on the side of it and feel it run off those two fingers. For me, that’s the same feel as a slider. I kind of had to prove my case with [the Diamondbacks] on why I wanted to throw a football every day, but God bless them, they embraced letting me do it.”

As Tabor continues to move up levels in the Diamondback system, he should continue to move up prospect lists. He brings strikeouts but his command should help keep the other ratios in check. If you can, make the move to add him to your minor league roster, before word gets out. 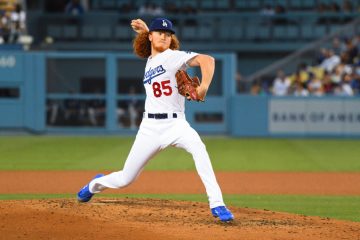 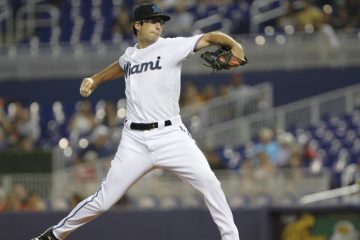 Guys on the Rise – Matt Tabor