The past few weeks have been rough. We are all battling the COVID-19 outbreak, which has changed everyone’s life. Most people (and everyone IMO) are practicing social distancing but we are missing a key distracter…baseball. So for the next couple of weeks (months?), I will be re-watching a bunch of games and focusing on pitches I found effective during those games. In this first installment, I’ll be reviewing every pitcher’s bread and butter, the fastball. 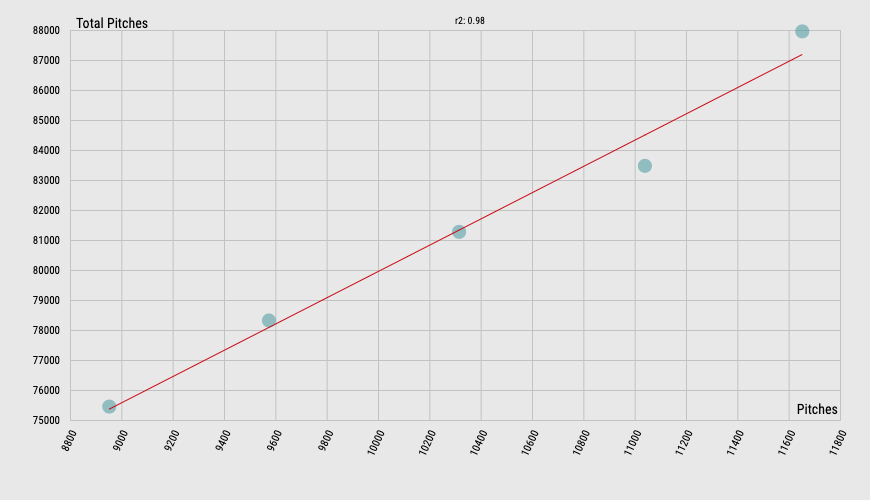 Now let’s take a look at some guys with the elite high heat.

We all know that Josh Hader has a pretty nasty four-seam but when he slings it at the top of the zone, it is disgusting. The pitch has a 22.6 SwStk%, 63.9 z-contact%, and only a 7.8 BB%. That is downright unbelievable. There have been some rumblings that the Brewers would like to move Hader back to the fireman’s role and have someone else close games. I see why, as you would like to use him whenever you are in a tight spot, whether that is in the seventh or ninth inning.

Hernandez came up during the year and while he did struggle with walks, he is looking like a great lights-out reliever for Boston. His four-seam sits in the mid-nineties with a 65.5 Z-Contact% and 15.2 SwStk%. He is lethal against left-handed batters; they hit .089 with a 0.203 wOBA and a 56.4 K%. (He gone!) He needs to work on his approach to right-handed batters but his expected statistics indicate there could be some growth in that area. His xBA of 0.202 xBA and 0.300 xwOBA that goes along with a 28.3 K%.

Blake Walston is one of my favorite under-the-radar pitchers from last year’s draft. Walston really moved up draft boards last spring when his velocity jumped from the mid-eighties to the 90-93 range during his senior year in high school. He went to the Diamondbacks in the first round and threw five two-inning stents with one inning in his first outing between the AZL and Low-A. During those eleven innings, he struck out 17 while only walking two batters. At 18 years old, Walston was very young for his draft class and is super projectable. Right now, he has two versions of a curveball that is already above average. However, I feel that Walston’s fastball has a bunch of promise that will become a pretty nasty offering especially if he can add a touch more velocity to it. 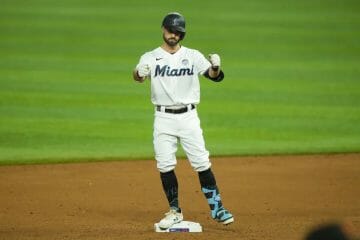