This far into the season, you’d be hard pressed to find any critique of Josh Hader’s performance. Despite being drafted as a middle reliever just outside the top-100 in redraft leagues, and even higher in dynasty formats, Hader has filled in impeccably as the closer after the season-ending injury to Corey Knebel around opening day. He has closed out all five save opportunities while striking out 18 of the 36 batters he’s faced and allowing only six baserunners in ten innings. He currently stands eleventh out of all pitchers on ESPN’s player rater. Based on where he was drafted, no fantasy owner in their right mind could be looking for anything more than what he’s given thus far, but I have a gripe.

I want Hader to be the next Chris Sale.

Sale came up as a flame-throwing lefty middle reliever for the White Sox midway through the 2010 season, and over his first season-and-a-half, appeared in 79 games with a 2.58 ERA, 1.10 WHIP, 10.6 K/9, and even chipped in 12 saves. In season three, Sale joined the rotation for good, and the only guest relief appearances he’s made in recent years is to do this.

Hader came up as a flame-throwing lefty middle reliever for the Brewers midway through the 2017 season, and over his first season-and-a-half, appeared in 90 games with a 2.30 ERA, 0.88 WHIP, 14.7 K/9, and even chipped in 12 saves. In season three, Hader remains in the bullpen as one of the most dominant arms in all of baseball, deployed for three, six, or even eight outs. He got the last eight outs for a save on April 7th against the Cubs, similar to last April when he famously retired each of the eight outs via strikeout in Cincinnati for a save. The man is terrifying, especially for left-handed hitters.

Why should the Brewers change anything then? They were one game from the World Series last year, have a starting pitching staff full of hard-throwing young arms, and seem to be on the right track to be a perennial playoff team for a few more years.

First and foremost, I’m as curious as Harry Caray to see what Josh Hader can do the second time through the lineup, and maybe even the third. 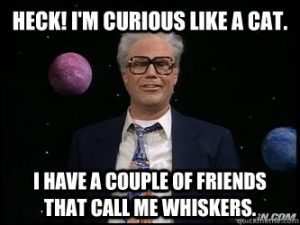 Pumping nothing-but-fastballs two or three times through probably wouldn’t be feasible, so the secondary pitches would need to be utilized more often, specifically the change-up. Hader has a career usage of 80% fastballs (93% in 2019), 17% sliders (6% in 2019), and 3% change-ups (1% in 2019). At the time Sale was moved into the rotation in 2012, he had used his fastball 41%, slider 34%, sinker 14%, and change 10% over his first two seasons. This is a clear distinction between Hader and Sale at the moment and developing that third pitch is what he’ll need to get into that #1 starter conversation, but sequences like this give me hope. If Hader had three-plus great pitches already, then the decision to make him a starter probably would’ve been made a long time ago.  But compared to the stats above, if Hader’s second time through the lineup had, say, an ERA closer to 3.00, a WHIP closer to 1.10, and a K/9 closer to 11.5 K/9, aren’t we still looking at a top-5-to-10 starting pitcher in fantasy baseball?

Secondly, I’m in the camp that 160-180 good innings out of a starting pitcher are so much more valuable to a team than 70-80 great innings out of the bullpen, especially if the team does not have an established rotation.  We know that Hader can already go three innings without issue, and if the Brewers decided to put him into the rotation around the All-Star break, five or six innings per start will be plenty. Having started 95 of his 127 minor league appearances, the experience is there, and it went well at each level except for the notoriously unfriendly pitching environment in Colorado Springs, the Triple-A affiliate at the time. If the Brewers chose to make this bold decision, they would need to replace 80 or so innings on the back-end somehow, which is easier said than done. This leads to the fact that…

There’s a hall-of-fame candidate closer that is still sitting in free agency in Craig Kimbrel. The Brewers are smack dab in the middle of the MLB payroll at 16th-most ($125M allocated towards their 2019 payroll). Whether they choose to go the one-year, two-year, or four-year route with Kimbrel, the 9th inning is locked up with a pro-rated 70 innings of 1.91 ERA, 0.92 WHIP and 14.7 K/9 (Kimbrel’s career rates). Jeremy Jeffress would be a setup man for this year and one more. One of the three pitchers mentioned below, out of Peralta, Woodruff, and Burnes, can contribute some relief innings as well. All of that behind Josh Hader as a front of the rotation starter could make the Brewers a World Series favorite in the National League in 2019 and beyond. And, most importantly, it will make all fantasy owners happy, especially those who are stashing Kimbrel in a valuable bench spot indefinitely, without an IL spot available.

If they choose to stay the course, let’s look at what Milwaukee has for options. Jimmy Nelson is rehabbing and may stabilize the rotation if he’s doing things like this, but it’s hard to rely on Nelson as an ace when he hasn’t thrown a major league pitch since having shoulder surgery 19 months ago.

I like Freddy Peralta, Brandon Woodruff, and Corbin Burnes for various reasons, and I love that the Brewers had the guts to put all three of them in the starting rotation to start the season. However, after three times through the rotation now, none of these pitchers have an ERA under 6, despite all having a K/9 of 12 or better.

Peralta is a fascinating case, who, like Hader, throws fastballs 78% of the time in his career, but does so four-MPH slower (92 MPH). I do believe in Peralta in the long run, partially because of how well he hides the ball and the extension he gets to release the ball closer to home plate. But so far in his career, Peralta gives a Reynaldo Lopez vibe, where it’s hard to know when to start or sit him, as it could be an eight-inning gem or he could get shelled.

Woodruff certainly has the stuff and the confidence to succeed at the Major League level, after giving up 3 runs and striking out 20 in 12 1/3 playoff innings during the 2018 postseason. It will be interesting to see if he is better served as a multi-inning bullpen arm.

Corbin Burnes similarly threw nine excellent innings in relief during the 2018 playoffs, but it remains to be seen if he can carry it over into the rotation. Despite a double-digit ERA in the early going, Burnes has a 3.29 xFIP and 13.2 K/9, so things should straighten out a bit. Zach Davies, Jhoulys Chacin, and Chase Anderson are still in the mix but have the pedigree of #4/#5 type of starters.

Reaching the level of Chris Sale is rare, so I may be setting the bar high. Since joining the rotation in 2012, Sale has finished 6th in the Cy Young or better every single year, although that may change in 2019 after a slow start. Keeping Hader in the bullpen for as long as the Brewers can save the long-term bullets of the lanky left-hander and protects a major investment that has several years left before free agency. However, rather than dealing assets at the deadline for a starter or 2-3 month rental reliever, I would love to see them open their wallet for a closer who is making a far more reasonable recent contract demand to clear a path to move their less than $700,000 best pitcher to the front of the rotation, for entirely selfish, curious reasons. Which is why I have a couple of friends who call me Whiskers.