A Fence to Swing Over

There has been no bigger pop-up prospect than Nathaniel Lowe in 2018. Coming into this season there was zero chatter at all about the Rays’ prospect, but he’s certainly got people’s attention now. I’ve received a tremendous number of questions about the young slugger, and Lowe is exactly my kind of prospect: big, slow, and patient.

Patience and Power are a Dynasty Player’s Best Friend

Looking at the 24-year-old first baseman, I see the potential for a player in the same vein as Matt Olson, Max Muncy, and Rhys Hoskins. Players that are big, slow, patient and filled to the brim with pop. Also like Lowe, none of the players listed above were initially thought of as sources of power.  Yet, they developed it.

Lowe’s plate discipline is above-average, as evidenced by his ability to do it at pretty much every level. He has had more than 200 plate appearances at all levels besides Triple-A, where his patience at the plate is less evident.

The largest concern I have about his batting eye is his ability to see as many pitches per plate appearance as possible. For instance, at Double-A Lowe saw 3.88 pitches-per-PA. That’s decent, but it’s only .05% higher than the rest of the league. If we’re counting on patience to be an asset for him, then I’m expecting him to show a significant edge in pitches seen. The more pitches per-PA, the more confident we can feel in the first baseman’s ability to handle big-league pitching.

A Swing to Swoon Over

Before Lowe arrived at Triple-A, he was essentially having the best hitting season of any prospect not named Vlad Jr. He posted a higher walk rate than strikeout rate in Double-A but has struggled to show the same plate discipline in Triple-A thus far, although the sample size is smaller. But while his ratios at the plate have taken a hit in Triple-A, he’s still flashing the same new-found power he’s displayed across previous levels in 2018.

The Big Fella has carried a .200+ ISO with him, and he’s mashed the ball to both parts of the park. Lowe has pulled flyballs at a league average rate at both Double-A and Triple-A. Meanwhile, his batted ball stats indicate that he’s willing to take advantage of any part of the park. So far, it’s looking like Major League teams will have quite the hard time shifting on the slugger.

Stats are in the Eyes of the Beholder

I’ve got to take my bias glasses off here for a minute, because Lowe owns one more skill that contributes to his success. As it happens, there are multiple ways to be a successful baseball player. I know, who’d of thought? While I like my baseball players big, slow, and patient, they also tend to strike out a ton. That’s something that our boy Lowe here does not do. He’s had a strikeout rate above 20% only twice in his career, once in High-A and now in Triple-A.

Thus Lowe represents a bit of best worlds. A bit of contact, a ton of patience, and a whole lot of newfound strength. Once he gets to the Major League level it will be interesting to see things like exit velocity and launch angle. Currently it’s a bit difficult to determine whether he has made a swing adjustment to increase his launch angle, or if he is hitting the ball very hard. I’m inclined to believe the latter, as his flyball rate isn’t dramatically different from prior year performances.

Ultimately Lowe is extremely intriguing and a potential goldmine for dynasty owners. Those who were lucky enough to scoop him off waivers now possess a top-25 prospect;  quite the deal for a waiver wire pick up. I’m a believer in the skill set, and extremely curious about how he’ll perform in the majors.

Lowe is a test in the skills I find to be the most transferable from the minors to the majors. Lowe’s early troubles in Triple-A are the struggles of a prospect who has seen three different levels this year. Plus, Triple-A is really where the majority of major league depth is stored. This could be preview of the kinds of struggles the 24-year old may see upon his arrival to the Show.

Tampa Bay has a history of slow roasting their prospects, and I think in Lowe’s case it’s a wise move. While many fans are calling for his arrival now, his early struggles suggest that he could do with a little more experience at Triple-A. I’m curious to see how he performs next year in Spring Training. Depending on his contract details he could potentially make the club with a strong performance. As mentioned though, I’d prefer they give him part of the season to work in Triple-A. No matter when he arrives, I’m hopeful the success he’s found this year will transfer to the Majors. If you don’t have a share yet, go get one! 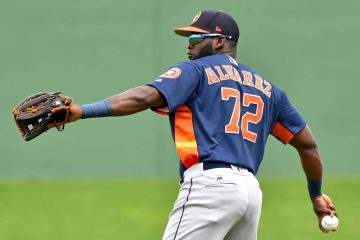 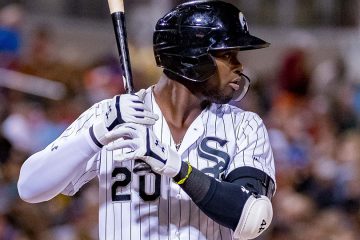