We are a little less than a month away from the start of NFL training camps. Quarterback is the first of the consensus dynasty positional rankings to be released here on The Dynasty Guru. It is also the position that, barring injury, should see the least amount of shift through training camp. While there are definitely starting QB positions up for grabs in training camp (eyes will be on all five quarterbacks drafted in Round 1 of the NFL Draft), much of the future value is already worked into their rankings here.

For this series, fellow writer Matthew Bruening and I share our consensus rankings and will follow each list with notes on players who may be more volatile or who we may see differently. We encourage you to comment below or contact us on twitter (@Mesisca and @SportsfanaticMB) because we love to talk rankings, shifts in value, and strategy. These rankings tend to be for 2QB or Superflex leagues and depending on your league setup and size might mean different things. For example, if you are in a 14 team single QB league, when choosing a backup you might prefer a QB who has a higher floor and job security (Alex Smith) compared to one with a high ceiling but job uncertainty (Lamar Jackson). So as always, be sure to understand your league and situation instead of just blindly relying on any single rank. If you have league specific questions go ahead and ask in the comments!

Since Cam has joined the league he has been top 8 in QB scoring or PPG in six out of seven seasons, including five seasons where he has finished in the top 4. In a 4 point passing TD league there is just no way I’m passing up the value of Cam after the big three (Rodgers, Wilson, and Wentz). The growth of Funchess, return of Olsen, development of McCaffrey, and addition of D.J. Moore should give Cam one of the stronger receiving cores he has ever had.

After wearing a knee brace nearly all of last season, I expect Mariota to at least return to his 2016 form which saw him finish as the QB12. Even if they do not add a free agent wide receiver I think the core group is underrated, though adding a threat like Dez Bryant would give Vrabel even more options in the red zone and could be a catalyst for a break out season. While he may not return the value of Brady or Brees this year, the long term upside still exists as the Titans continue to build. They project to be one of the younger offensive units in the league after being the 11th youngest snap-weighted offensive unit in the league last season.

Many view this as a make or break season for Prescott who broke out in his rookie season. Even after a sophomore slump he still finished as the fantasy QB10. Many point out the predictable offense and the leagues worst WR-TE core as the beginning of the end for Prescott. In real life, I see him as a bit overrated (I’ll go to my grave believing the biggest mistake in franchise history was not allowing Romo to even compete for the job once he was healthy), but for fantasy purposes he may be undervalued. He has youth, a strong offensive line who will be around for awhile, and Ezekiel Elliott. This recipe alone should keep him in the top half of QB scorers as long as he’s starting. I have him 13 but there are plenty of names behind him with higher upside such has Mahomes, Mayfield, and Rosen. However, until they prove themselves as starters, it’s hard to knock Dak’s results to date. To close with some numbers, while Dak has negligible differences in scoring with or without Dez Bryant (scores slightly more without, though 3 games is a small sample size), the most important numbers to see are what he does with and without Zeke courtesy of the Rotoviz Game Splits app: 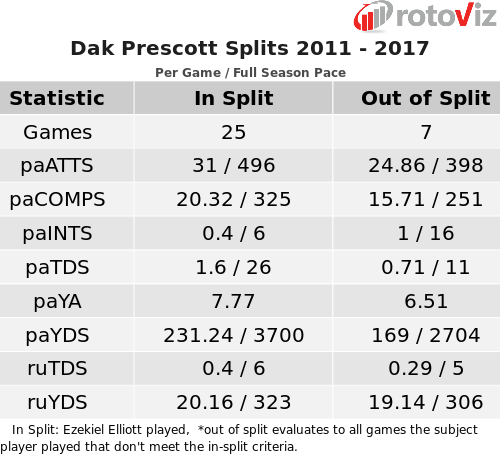 Perhaps I was a bit too harsh on Lamar Jackson, but I do agree he has a very high ceiling and would be preferable to players like Alex Smith or even Big Ben in a single QB league where you are currently set and are hunting for the next big thing. In a Superflex league, however, I prefer a high floor out of my QB2/3. The case for him being higher has much to do with Joe Flacco’s terrible contract that may see him cut after June 1, 2019. This is the one QB that will likely surge up my rankings as the season moves if Flacco continues digging his own grave.

I have Cousins at QB4. Many have him closer to ten or higher. Kirk is often over looked because he’s not the flashiest of QBs. He’s finished top five at the position the past two years, with undoubtedly a much worse offense than he has now. Some of his value has come from rushing touchdowns (13 over the past three years). Those will likely go down with Cook in the backfield. His passing should increase with Theilen, Diggs, and Rudolph catching passes. One of his bigger issues is starting slow early in the season, which could happen again this year.

Lamar Jackson has the tools to be a fantasy stud. We haven’t seen a physical specimen like him since Michael Vick. Jackson, much like Vick, struggles with accuracy and that’s where he’ll need to improve. Right now he’s stuck behind Flacco, but the Ravens has already said they are putting plays for him in their playbook. Flacco is likely done after this season or earlier if the Ravens lose playoff hope. If he becomes even half of Michael Vick he would still be a top ten QB.

I may not be much higher on him than most but wanted to single him out. Tyrod is a top buy now candidate. I believe he’ll play the whole year, and I also believe the Browns are going to the playoffs this year (Mesisca note: ALL ABOARD). Tyrod has never had a loaded offense like he does with Cleveland. He has arguably a top three wide receiver core, three viable running backs and a top 10 offensive line. Tyrod rarely turns the ball over which should help the Browns defense and should keep them in games. As much as I love Tyrod for this year though, don’t go to crazy acquiring him as I do think it’s the Mayfield show in 2019.

This maybe my Ohio State homer pick but hear me out. J.T. Barrett was a Heisman candidate before he broke his ankle in 2014. He struggled when he came back and as much as I love Urban Meyer he definitely ran Barrett too often. Barrett has a good arm and is a good athlete and had a good combine. Why am I even more intrigued now? He landed with one of the best offensive minds in the game. Drew Brees likely has two years left. Barrett will sit for two years learn behind one of the best at the position and a great coach. If Sean Payton stays I expert Barrett to be the QB of the future, and could be an interesting late stash.

I know right, never doubt Tom Brady, I must be an idiot. However, if you look at last season down the stretch it was not typical Tom. In five of his eight games after the bye he threw for less than 250 yards and two touchdowns. Yes I know he was amazing in the Super Bowl but he usually shines there. There has been a lot of drama around the Patriots this offseason, which may mean nothing, but he’s getting older, lost a lot of weapons, and I just don’t see him being top 5-10 this year. If he can’t do that, at this age, then the value will be depleted.

Dak showed some of the weaknesses in his game last year. A lot of people want to blame that on not having Zeke, but he did have him for the start of the year. Dak struggled most of the year to throw the deep ball and now has arguably one of the worst wide receiving cores in the NFL. He also lost his most reliable target in Jason Witten. The Cowboys have already come out and said they plan on running the offense through Zeke. I think Prescott continues to struggle and is more of a QB 15-20. 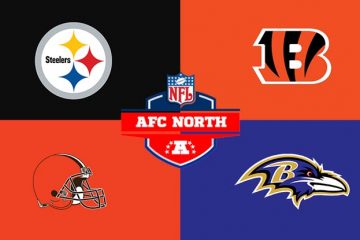 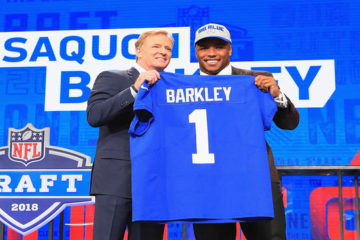