Acuna’s signaled the “safe” to the ump after trying to beat out an infield single. Then disaster struck. His left cleat caught and his left knee awkwardly bent as depicted below: 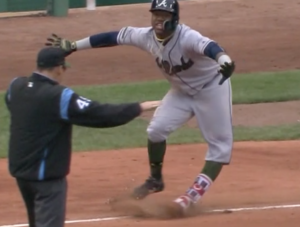 Here’s the good news. When an athlete tears their ACL there is almost a universal reaction, not 100% percent of the time, but quite often. The athlete will grab just below the knee while in severe pain. 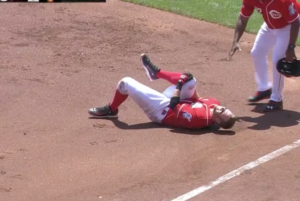 It makes sense: the ACL’s job is to prevent the tibia (bone below the knee) from moving forward. The new instability (& pain) causes the athlete to stabilize the knee. Acuna could have an ACL injury, but I’d bet against it at this point.

Here’s the bad news, when your knee bends like that you have at least a grade 2 LCL injury. A grade 3 (full tear) is also not out of the question. The LCL is on the outside of the knee and acts as a stabilizer. A grade 2 would mean 4-6 weeks and a grade 3 could mean up to 2-3 months out of action.

Acuna grabbed his back immediately after the injury, but I would be surprised if this were anything more than a simple strain.

Worst-Case scenario: Out for the season w/ ACL injury

Likely Worst-Case Scenario: Out for 2-3 months with grade 3 LCL injury.

Obviously, we’ll know more after the imaging comes back, but plan on being without your young star for at least a month. 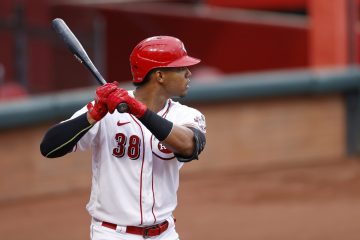 TDG Roundtable: Observations from the Too Early Mock