We are finally here, Draft Day. Later today we will get to watch our favorite NFL franchises excite and infuriate us. Even better, following the pick of Mr. Irrelevant on Saturday, we will begin the process of preparing for our dynasty drafts. Whether you have a draft the following day or in a few months, the rookie draft is one of the most exciting parts of a dynasty season. In this article I will rank the players in their respective positions and place them in tiers, that I feel they are in based on their college careers and what I think will translate into the NFL. These rankings are pre-draft only in that the landing spot could dramatically change the fantasy outlook for these players, but these ranking serve as a basis for the fantasy football skill sets heading into the draft. At the bottom of the tier listing and comments you will find a table of our consensus rankings. Once the dust settles and the draft is complete we will give a full ranking update and go over all of the fantasy implications.

My quarterback ranks are pretty standard compared to most, though I do love Baker Mayfield. While I feel all the quarterbacks listed in the top two tiers could possibly start for NFL teams. The two Quarterbacks in the third tier could be in play in the right situations.

While some feel this running back class isn’t that deep, I disagree and love this class. While Barkley and Guice are far and away the best backs in this class, I think the top four in tier two could jump up a tier. I also feel this class is rich and deep with satellite backs (notated by the * next to their names.) Tier two is full of running backs that could get a shot at a starting job and run away with it pun intended.

It is widely considered to be a weak wide receiver class. While I agree it lacks depth at the top with possible stud wide receiver one archetypes. This draft is deep in wide receiver talent. My top three I could all see being or becoming one’s for their teams. Tier two is full of players I think will become wide receiver two’s on their teams and likely middle tier two’s or high three’s in fantasy, with most of them having the possibility of jumping into the top tier. My tier three wide receivers I see has upside players who could break out but likely will be boom or bust options in fantasy. Remember when looking at wide receivers you need to take a long look at the position, as it usually takes most players up to three years to become fantasy relevant.

Tight End has in many ways become a premium position in fantasy football. If you don’t have a top one chances are you stuck in the middle of the pack with everyone else. In this draft I feel all seven tight ends could become fantasy relevant. Tight ends much like wide receivers tend to take at least a year to transition to the NFL game. All three tight ends in tier two could jump into tier one, however I feel Goedert is far away the best tight end coming out this year. Also right now if your looking for a sleeper at the position keep your eye on tier three and Ian Thomas.

Below you will find a complete listing of the pre-draft positional rookie rankings of both Matt Mesisca (@Mesisca) and Matthew Bruening (@SportsfanaticMB). In addition to contacting us on twitter, feel free to drop a comment below. We love to discuss dynasty and answer questions! 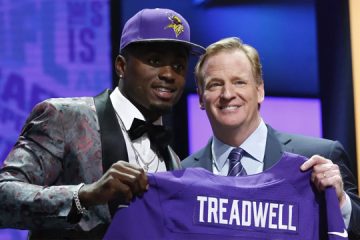 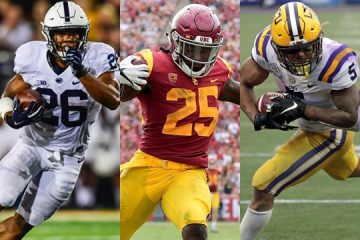 Esteban Quiroz: The Red Sox Second Basemen You Should Stash