Since 2010, Jimmy Graham as only seen less than 95 targets just twice: His rookie season in which he started just five games, and his first season in Seattle appearing in 11 games. During the same time period, not one Packers TE has seen more than 92 targets. There is no doubt a hole left from Jordy Nelson’s departure, specifically in the red zone, but Jimmy Graham may never eclipse 100 targets again. He is by far the most talented TE that Aaron Rodgers has had the opportunity to work with, but his body has reached a point where no quarterback can turn him back into an elite tight end. He should be a strong source of touchdowns and gets a boost in standard scoring leagues, but I certainly don’t project him to do as well as many of the early reactions thinking a link up with Rodgers will turn him back into the Saints version of himself. I would be holding (if you’re replacements aren’t there just yet) or selling high in dynasty, and have no interest in buying at his hype-inflated price.

Jordy Nelson was cut after refusing to take a pay cut with the Packers. He has since signed with the Oakland Raiders. It is hard to put Jordy in the top 40 WR at this point as he can attribute much of his touchdown success to his rapport with Rodgers and we all know how hard it is to transition to a new system for WR. He can become a nice slot option for the Raiders but the days of double digit touchdown upside are gone.

A NEW RUNNING BACK IN THE BAY

McKinnon has left Minnesota and headed to the Bay for a four year $30 million dollar contract. McKinnon has improved over his four year career in Minnesota. He had a career year in 2017, while taking over for an injured Dalvin Cook. He posted a stat line 150/570/3 rushing and an even better 51/421/2 receiving on just 68 targets. McKinnon commented earlier in the offseason that he appreciated the role he had with Minnesota, but he wanted to be a feature back somewhere. He is only 25 and will get his shot it would seem in San Francisco.

LEADER OF THE PACK OR JUST ANOTHER BACK?

As stated previously McKinnon wants to be a lead back, and although he hasn’t missed games due to injuries the last three years, he has been injured a lot affecting his play. He has also never fully carried an entire workload, even though he was the primary back last year Latavius Murray got a lot of work as well. San Francisco has one of the lower rated offensive lines at the moment, in being ranked 21 per PFF. So he won’t have the holes he had with the 5th ranked offensive line in Minnesota last year. There are also rumors that with this deep running back class the 49er’s may still take a back. McKinnon is a stud in the receiving game and I think could easily be the new “Tevin Coleman” for Kyle Shanahan, except more explosive. I do think McKinnon can handle the workload duties, but would be better being able to split carriers optimizing his speed more in receiving. McKinnon either way should be a high upside RB2, and if no one is drafted to compete with him a possible sleeper for a RB1 this year.

In his first five seasons in the NFL, Dion Lewis amassed just 149 carries. He appeared in 38 games, starting just 11 of those. Under the Eagles, he did not profile as much other than depth and was not a factor rushing or receiving. The Browns traded for him to be the backup to Trent Richardson and he fractured his fibula ending his season. After missing all of 2014 the Patriots signed him and, in typical Patriots fashion, turned him into an efficient change of pace back. It was not until this past season, however, that they let him loose in the running game. He carried the ball 180 times for just under 900 yards and six touchdowns. He added another 32 receptions, 214 yards, and three touchdowns in the passing game. It was a strong season, easily his best with the team. He finished as the RB12 in standard scoring, and RB15 in PPR. This offseason, in typical Patriots fashion, they let him leave.

The Titans decided to give Lewis a four-year, $19.8 million contract. Compared toe the deal that Jerick McKinnon received, this looks like a bargain. The NFL has been using Next Gen Stats through the tracking chips placed inside players pads. They used this data to find the most elusive running backs in the NFL. Dion Lewis ranked second only to Kareem Hunt. If Lewis can stay healthy, this could be a very nice deal for a team with a running back need. ARE THE TITANS THAT TEAM?

HENRY “THE WORKHORSE” OVER BEFORE IT EVEN STARTED

Dynasty owners went from six to midnight following the release of DeMarco Murrary on March 8th. A week later, they began crying hysterically after the Titans signed Dion Lewis. As mentioned above, Lewis was rated the second most elusive back in the NFL. Derrick Henry was ranked third! While fans of the sport and fans of the Titans recognize how dynamic this backfield may be, fantasy owners will be left pulling their hair out yet again. I’m not selling Henry at this news, and it may even present a window to buy him. While there is speculation that Lewis may get the edge in carries/receptions, we have still yet to see if he can hold up physically as a starter. Don’t hit the panic button if you own Henry, but there is nothing wrong with trying to acquire Lewis as a handcuff if possible. If you own Lewis, you might be interested in grabbing Henry from a disgruntled owner who thought this was finally his year to shine as an every down back.

Carlos Hyde welcome back to Ohio and welcome to the new look Cleveland Browns. Hyde has signed a three year deal worth more than $15 million. He will be joining what looks to be a completely overhauled offense. An important 2017 stat for Hyde was that he did something he hasn’t done in his career: he stayed healthy and played all 16 games. He will hope to continue that trend now in Cleveland. While Cleveland’s offensive line is an upgrade over the 49ers, (Cleveland currently ranked 14th by PFF) they did lose the best left tackle in the business in Joe Thomas who retired today. If Hyde can stay healthy he should be able to post better numbers than he did in 2017 which were 240/938/8. He should also continue to carry the load for Cleveland he played 70.1% of the offensive snaps for the 49ers last year.

HYDE AND DUKE A TOP DUO?

Carlos Hyde was miscast in Kyle Shanahan’s offense last year. He was used as a three down back being forced to catch the ball on third downs. He finished with a stat line of 59/350/0, besides the no touchdowns a decent year for a receiving back. However his catch rate was a poor 67% per PFF. However in his new role in Cleveland he should be the 1st and 2nd down back, having Duke Johnson Jr. take over the receiving duties which is where he thrives. This should allow Hyde to ball out only having to run in between the tackles and through defenders. Hyde is a clear upgrade over Crowell and with not being asked to carry the full load should be able to thrive in the rushing game. Hyde will likely be a middle of the pack RB2, but could be a top RB2 if he’s able to score touchdowns. There are still rumors that the Browns could draft Saquon Barkley, which would cause a giant headache in this backfield, but addressing other needs seems more likely.

TEDDY TIME IN THE BIG APPLE?

Teddy’s promising career was severely derailed in 2016, with what was said to be one of the most gruesome knee injuries many had seen. He dislocated and shredded his knee on a non-contact injury while in practice, that practically cost him two seasons in his young career. Teddy finally returned to action last year but only threw two passes, as he served as Case Keenum’s backup. He suffered no setbacks throughout the year and continued to impress coaches in practice. He and Josh McCown both signed one year contracts with the Jets, before this week he looked like he could be the long term answer. However, the Jets made a trade to move up to the 3rd pick in the draft and it is widely believed they will be drafting a quarterback at that spot.

FUTURE STAR OR ANOTHER BACKUP YEAR?

In his short career as a starter Teddy failed to live up to the hype put on him. In his two years he had a TD:INT ratio of 28/22. He did look very promising in the 2016 preseason before his injury, and had showed the skill to be a good starter in fantasy and the NFL. When he signed with the Jets before the trade I thought it was a great move. Bridgewater just needs a chance to get back on the field and prove he can still play. For dynasty purposes I still believe he’s worth a stash and he could still be a high end starter if given a chance, which I believe will happen as I don’t believe there are currently 31 better starters than him in the league. 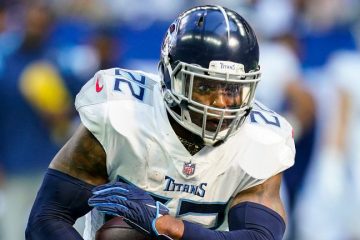 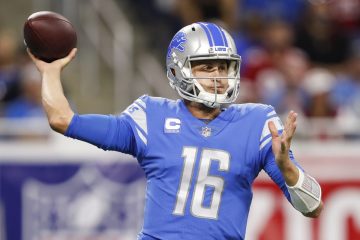