Free agency is stagnating, the trade market is cooling, and, well, a whole lot of nothing is going on in the baseball world. Unless you’re a basketball fan, this is the worst time of the year for fantasy sports, and, at this point, hibernation is probably looking like a more attractive option than rewatching another Michael Pineda start. Luckily, The Dynasty Guru is to the rescue. To keep you sane and satisfy your fantasy baseball fix, we’ve got ranks, ranks, and more ranks.

This is our fifth year doing dynasty baseball rankings, so you probably know the drill by now, but I’ll provide a brief refresher in case you’re new here. Over the next month, TDG will be rolling out rankings of nearly 700 players, from Low-A catching prospects to today’s stars. We’ll be ranking each position, along with individually comments for each player, before ending with the grand finale of the top-500 overall, ranked by TDG’s fearless leader: Bret Sayre.

Sticking to tradition, here are the original guidelines which still apply, complete with the exact players (for better or worse) from that inaugural post:

These rankings all are based on a standard keep-forever dynasty format with no contracts/salaries. And as far as the assumed league size/type of these rankings, here is the explanation from the primer before last year’s lists came out:

“One important thing to note about the way the rankings were set up, is that I had to assume some level of standard league type and depth in order to place the minor leaguers in the right places. For these purposes, I used approximately a 14-16 team rotisserie league as the baseline. So if you’re in a 10-team dynasty league, then the values of the minor leaguers on both the individual and positional lists should be higher for your league’s purposes, and vice versa. If I’m in a 15-team league, I’d rather have Matt Joyce than Tyler Austin, but if I’m in a 10-team league, I’d rather have Austin because Joyce is closer to replacement level, while Austin still has the same upside. On the other end of the spectrum, prospects with a lower ceiling and higher probability have more value when you’re looking through the lens of a 20-team league – so for a league like that I might bump Rob Brantly a little higher up my catcher list, or Kyle Gibson a little higher on my pitcher list, for example.”

In addition, here’s the schedule for the baseball rankings:

Finally, as an important reminder, The Dynasty Guru is not a subscription site. We really hope that you find the content provided within these pages helpful in the day-to-day management of your dynasty league team(s). And if you do, we hope that you will both make a donation and share links on social media to show appreciation for the content you’ve seen here at the Dynasty Guru. You can donate through this link, or by clicking the “Donate” button on the top-right corner of the homepage. All donations are truly appreciated and they are what keeps this site going.

Dynasty Football Positional Rankings will also be going live this month and next, so check back for the latest. Quarterback rankings have already been posted and next week we’ll be posting the running back rankings.

We’re as excited to put these rankings out there as we hope you are to read them. So come, read, interact, donate and tell your friends. Tell your league mates too–they’re people just like me and you. Well, most of the time anyway. 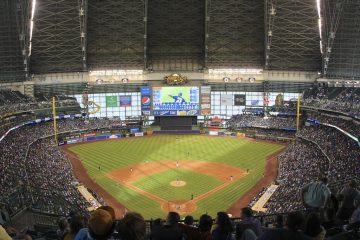 66k Views By The Dynasty Guru