In making dynasty league trades, it’s important to be aware of the factors that boost a player’s perceived value such as age, context (targets, touches and opportunity), and, perhaps most importantly, recent performance. Understanding when not to overreact to small sample noise allows us to overcome a potential pitfall that most owners can’t: recency bias.

TDG readers are smart and probably well aware of what it is, but as a refresher, recency bias is a cognitive bias in which people disproportionately weight things that have occurred most recently.

One of my favorite ways to take advantage of this bias is to identify the most vulnerable owners, which tend to be those at the bottom of the standings. By targeting sluggish players on struggling teams you can often benefit from a negative recency effect and work out trades to your advantage.

Below are some of my favorite dynasty assets to target as ‘buys’ and ‘sells’ by capitalizing on other owners’ overreactions to recent performance.

LeSean McCoy:  At 28 years old and with the potential for run-heavy Rex Ryan to get the boot this summer, this very well could be the last time we see “Shady” McCoy among the top ten running backs.  Selling him to a contender for some youth and/or picks would be a good idea before another injury scare like this weekend closes your window.

Matt Forte: Coming off a strong game, you might convince a contender to part with some youth if they buy the Forte we have seen this year.

SELL (In Any Circumstance)

Jordan Howard:  Even coming off an awful game (that could be chalked up to the sketchy quarterback situation), Jordan Howard at 21 years old still intrigues a lot of fantasy owners based on what he has done in recent weeks. I’m not one of those owners.  Howard was always a so-so prospect, Ka’Deem Carey looked good on Sunday and Jeremy Langford is returning soon, making this a prime sell opportunity before his value drops further. Alshon Jeffrey is a free agent after this season and the future looks bleak for this Chicago offense.

Kenneth Dixon: With just six carries on the season, many owners who thought they had a steal in Dixon given the Ravens backfield situation might be losing patience.  Terrance West is not as talented as Dixon, and after losing four straight games and heading into a bye week, I would not be surprised to see the Ravens find out what they can get out of a healthier Dixon from here out.

Josh Doctson: The Redskins finally placed the 23-year-old on the IR, which may end his season.  The time to buy is now as teams looking to make a playoff run may be willing to sell for “now” help. The Redskins’ starting wide receivers Pierre Garcon (30 years old) and DeSean Jackson (30 in December) will both become unrestricted free agents following this NFL season.  Crowder is probably not an outside wide receiver and I expect Doctson to be the Redskins top option outside heading into the 2017 season.

Keenan Allen & Sammy Watkins:  I bunched these two together because they are both young wide receivers who have struggled with injury.  If you are in rebuild mode and the owners are fighting for playoffs you might be able to work a deal for one of these two.  Watkins could see an extreme benefit if Ryan is fired, while Allen still has a few years of Philip Rivers left to return as the target machine we expected him to be this year.

Doug Martin: Proceed with caution on this advice, but the emergence of Jacquizz Rodgers in Tampa Bay coupled with the recent setback (with no return timetable) might cause Martin owners to panic.  If they own Martin without Rodgers, you might be able to land him for a pick.  He will be 28 next season, and with Rodgers hot and Sims returning next year, the backfield situation could look like a fantasy mess to pessimistic owners.  However, if Martin plays again this year, and I think he will, he should return to his role as the unquestioned starter. The key to this target is Tampa Bay’s schedule, which includes matchups against San Diego (5th most pts allowed to RB) in Week 13, and the Week 14 and Week 16 matchups against New Orleans, who have allowed the most fantasy points per game to running backs. 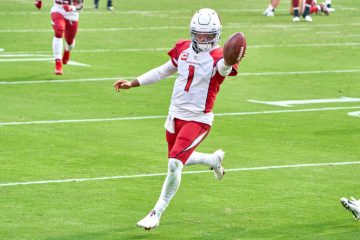